A Tribe Called Quest Returns with “We got it from Here” 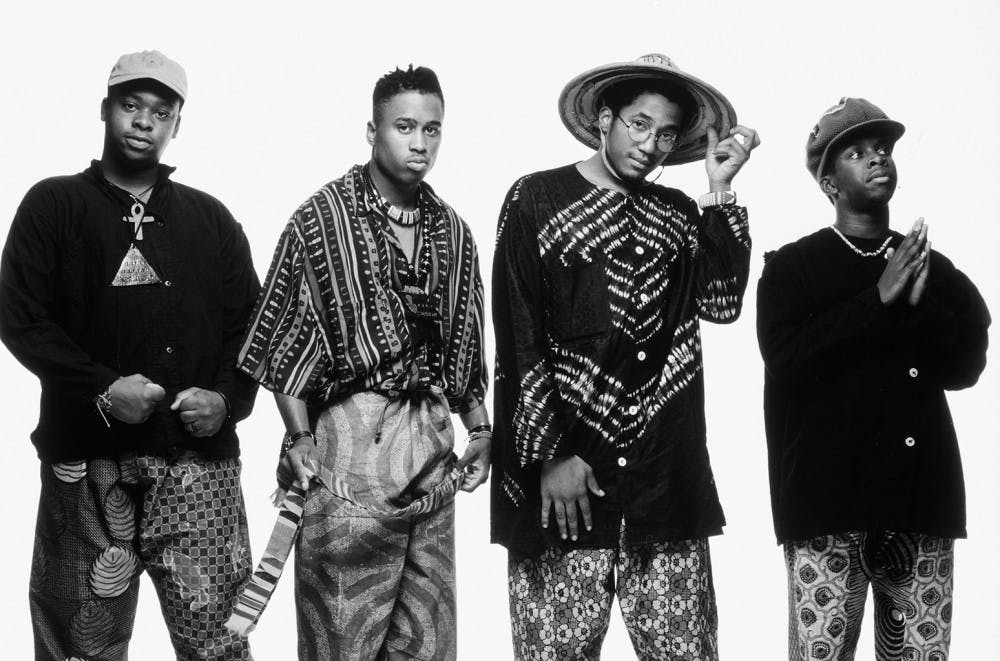 Famed ‘90s avant-garde hip-hop group A Tribe Called Quest has just released “We got it from Here… Thank You 4 Your service,” their first new album in almost 18 years. Tribe impressively incorporates jazz, hip-hop and futuristic production with their signature throwback R&B sound to create a style uniquely their own.

“We got it from Here” opens with “The Space Program,” a slightly surrealist call for unity that incorporates mentions of Che Guevara with Willy Wonka’s oompa loompas. The track uses the mellow jazz-infused beats Tribe is known for, but contrasts it with the bombastic lyricism of Q-Tip, Tribe’s de facto leader. Tribe’s inventive play between members is highlighted in “Solid Wall of Sound,” with a sample of Elton John’s “Bennie and the Jets” acting as a chorus between Q-Tip’s and notable rapper Busta Rhyme’s traded lines.

Busta is just one of many impressive contributors that Tribe recruited for “We got it from Here.” Jack White, the front man of the White Stripes, acts as producer for “Solid Wall of Sound” and “Ego,” and adds his signature guitar licks to “Melatonin,” a track chronicling the struggle of everyday life and the desire to escape. Andre 3000 takes over on “Kids,” a plea to unify the black community. Contemporary favorites Kanye West and Kendrick Lamar make appearances on “The Killing Season” and “Conrad Tokyo” respectively, creating a stunning diversity seldom seen on new releases.

Politics plays a large role on “We got it from Here,” just in time for the shocking events of last week’s presidential election. “We the People” mocks Donald Trump’s racism with the hook, “All you Black Folks, you must go/All the Mexicans, you must go.” Trump is name-dropped on album closer “The Donald,” referencing the fear many black Americans have for the mogul’s presidency. The Black Lives Matter movement, though not directly referenced, figures prominently in tracks like “Black Spasmodic” and “The Killing Season,” with lines like, “This lack of justice got us disgusted, look at our faces/Take a bow, this might be your last performance.”

Although “We got it from Here” boasts some of the best artists on the scene today, it can’t escape the repetitiveness creeping into the last half of the release. Beats become stale, shout-outs become overused. The Trinidadian accents that Busta Rhymes and late Tribe member Phife Dawg employ throughout the album cleverly reference their heritage, but the nasally exaggeration quickly becomes annoying after one verse. Tribe fans will be more than willing to overlook these slight missteps, but it could alienate new listeners.

A Tribe Called Quest has triumphantly returned from a long hiatus, and the group just announced it will release more new albums in the future. This new release will largely be seen as a bittersweet chapter in the group’s career, since prominent Tribe member Phife Dawg passed away this March from diabetes. With the group serving as a major influence on Kendrick Lamar’s “untitled unmastered,” as well as many other jazz-hip-hop recordings today, it will be interesting to see how Tribe retains their original sound while looking to hip-hop’s present and future.