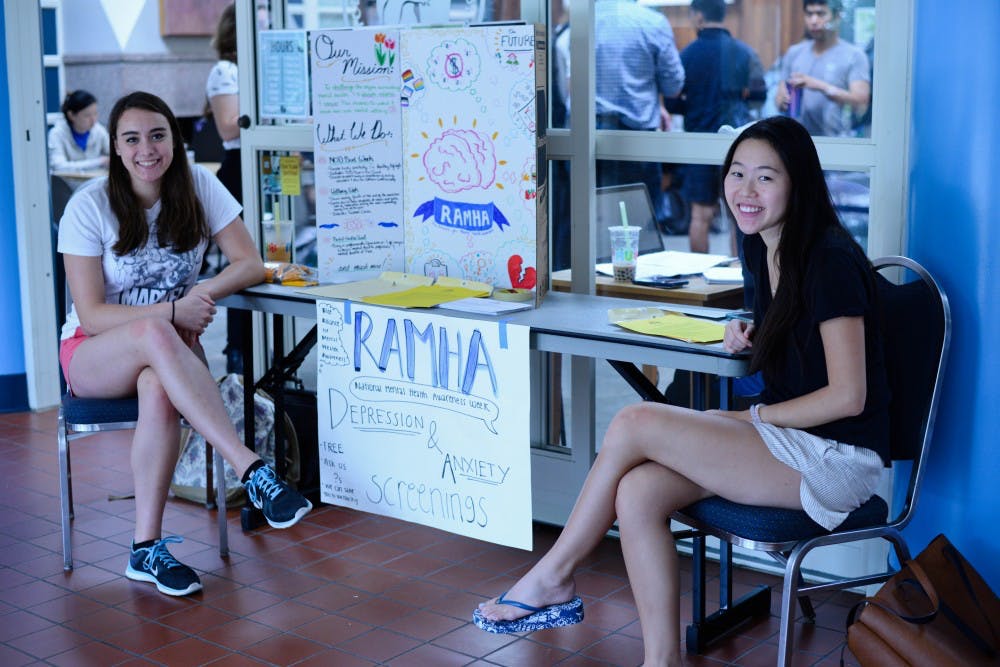 The Rice Alliance for Mental Health Awareness hosted a film viewing of “Silver Linings Playbook,” distributed anxiety and depression screenings and encouraged others to take an online stigma-free pledge last week in an effort to reduce the stigma surrounding mental health.

According to RAMHA Co-President Helen Wei, the week was Rice’s version of a larger national awareness campaign.

“The week itself has been put on by the National Alliance for Mental Illness, so we wanted to bring that to Rice and do our own part to try to keep Rice stigma-free,” Wei, a Will Rice College junior, said.

RAHMA Co-President Cindy Hwang said expectations of happiness, including those set by Rice’s recent No. 1 ranking for happiest students by the Princeton Review, can cause mental illness to be overlooked.

“When we only embrace that ranking for what it is and we don’t look deeper into how Rice culture actually is we miss a lot of what people are dealing with on a regular basis,” Hwang, a Sid Richardson College senior, said.

Wei said she was also concerned about the issue of feeling isolated on a happy campus.

“Without us really talking about [mental illness] on campus, and especially at Rice, it is something that’s really prevalent, but hidden,” Wei said. “I think we have had discussions in our meetings and the thing we keep coming back to that is most important is education and that goes along with awareness.”

According to Hwang, the week was less about fixing the problem and more about starting the discussion.

“We’re just hoping conversation can happen,” Hwang said. “Our goal is to allow people suffering from mental illness be able to talk about it.”

Hwang said the screening of “Silver Linings Playbook,” which occurred on Oct. 5, provided a unique perspective on mental illness.

“[Silver Linings Playbook] touches on a lot of different mental health illnesses and different aspects of it, especially the role it plays in society,” Hwang said.

For the second event on Oct. 6, RAHMA distributed screenings for anxiety and depression outside of Coffeehouse. Wei said both screenings, which contained a series of questions, were intended to give students a place to start if they have concerns about their mental health.

“The screening day is to really encourage discussion about it; it’s not a diagnostic tool, but it brings awareness to campus and to people,” Wei said.

One student who attended the event said the screening was an important step toward self-understanding.

“I know that I would have been much better off if I had realized I had anxiety earlier, and something like this might have helped me understand it was happening to me,” the student, who asked to remain anonymous, said. “You don’t want to talk about it, you feel weak and alone.”

In signing the stigma-free pledge, Wei said students took a step toward understanding, which was the focus of the week.

“That’s why the stigma free pledge is more than signing a petition or getting email updates, it’s one step,” Wei said. “The important thing is putting yourself out there and educating yourself.”

Wei outlined her expectations for RAMHA as a club for the year, and ways to make it a more active and visible presence on campus.

“We have two main goals,” Wei said. “Make it easier for people to be able to start conversations about mental health on campus, and also educate our members so they know how to talk about it, how to become those representatives in their own college or friend group.”

“For people who might want to go to resources but are afraid they will be made to do something they don’t want to do,” Hwang said. “Honestly, the wellness center and the counseling center and all the resources here at Rice, what they do is they try to make [student] lives better.”