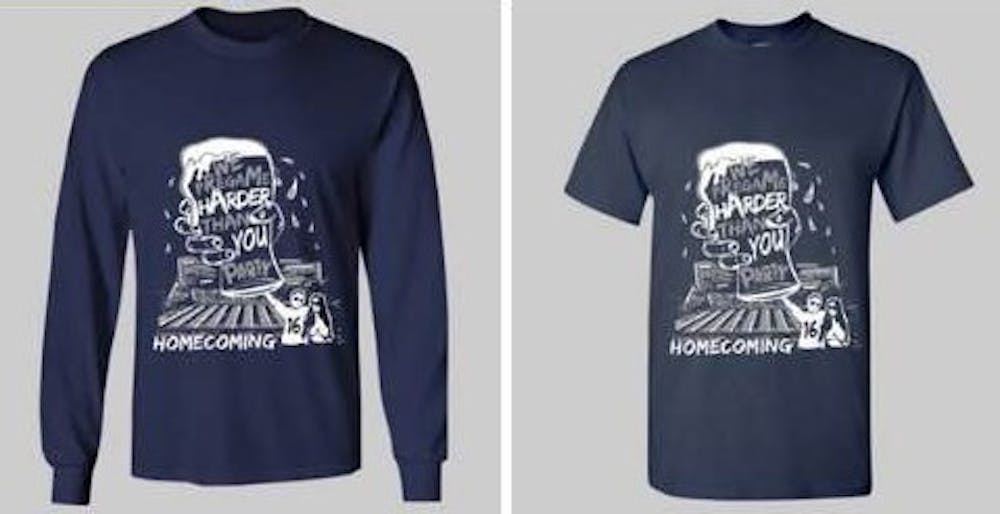 With homecoming weekend approaching, a two-day weekend sale of homecoming shirts targeting Rice students resulted in more than 100 students placing orders — but though the shirts have arrived, some now say they feel misled after realizing that the shirts have no association with Rice.

Inkonit, a small South Dakota company, launched the sale through a Facebook page over the weekend. Over 1,000 students were invited and nearly 200 students posted orders for shirts ranging from $13 to $17, which are supposed to arrive Wednesday. However, Inikonit deleted the page late Sunday amid revelations that the company was not associated with any Rice organization and allegations that the sale was fake.

One of the administrators of the page, Kari Peterreins, first created the page in July with its privacy settings set to “secret.” She changed the setting to “closed” around 1 p.m. Saturday, after which Rice students began posting their orders.

“We are getting ready 4 the best week of the year - HOMECOMING!!” the page’s initial description said. “A group of 1st & 2nd year students put together this shirt to rep during homecoming week, parties, pre-games and the big game vs Prairie View - These shirts will fill the streets and the stands & bring the fun along with them - Make sure to get yours while you can …they go fast.”

The description instructed students to post their orders on the page publically and invite friends at Rice, offering a 10 percent discount for every five friends invited with a cap of 100 percent off. Students who posted on the page were sent an email directing them to pay for the shirts online.

The legitimacy of the shirts was publicly called into question Sunday afternoon when Duncan College freshmen Rebecca Artall and Mackenzie Flanagan, who had both posted shirt orders, examined the company further and then posted in the page listing dubious aspects of the sale.

Artall said she and Flanagan looked at the profiles of Kari and Jacob Peterreins, the page administrators, and found that they had no association to Rice. The Peterreins deleted Artall’s post in the page and removed her from the group.

Flanagan then made a post repeating Artall’s observations. Kari Peterreins responded, acknowledging that Inkonit had no connection to Rice but defending the company’s authenticity. Other students joined the discussion, raising questions of why the shirts had no mention of Rice on them despite alledgedly having been requested by Rice students and pointing out that, contrary to the Peterreins’ claims, many shirts distributed by on-campus organizations promote partying.

“Kari [Peterreins] used vague, awkward language, and said that anyone who said it was a scam was just saying that so that they could sell the official Rice homecoming shirts, which she repeatedly called lame,” Flanagan said. “This made no sense, because the Rice shirts are free, so no one was trying to sell them.”

The ordering process itself used credit card payments secured through a third party. The company provided a South Dakota telephone number to reach Sales Associate Jacob Peterreins. A man who identified himself as Peterreins answered the number and strongly denied the allegations of fraud.

Peterreins defended Inkonit’s legitimacy, stating that the company has previously provided products for other colleges, fraternities, sororities and similar organizations. At least three separate versions of the company’s website are currently online, though none of them reference each other: inkonit15.com, inkonitevent.com and inkonitsale.com. They all offer the same shirt in different colors, apparently intended for different homecoming events. According to online records, Jacob Peterreins registered “Inkonit” as a business name in 2013 in Sioux Falls, South Dakota.

Jacob Peterreins claimed that a group of Rice students had originally approached the company about offering homecoming shirts at Rice this year, but he refused to give the students’ names.

“That group of students no longer wants to be identified,” he said.

Jacob Peterreins said the company had taken screenshots and removed the posts of students asserting that the sale was a scam.

“We’ve lost a lot of money on this whole silly thing already,” he said. “That’s libel, and we could sue them for damages.”

Artall said she was aware of the Peterreins’ threat to sue over the scam allegations, but was not concerned. Libel, or written defamation, consists of making a false statement that causes the subject material harm; under Texas law, such as statement about a private citizen must additionally have been made out of negligence or intentional malice.

“After so many people realized that the shirts seemed like a scam, Kari [Peterreins] made a final post and the page has since been deleted,” Artall said. “At some point she threatened to sue me for libel, but I don’t think that’s going to happen.”

Over the course of Sunday afternoon, many students who had posted orders left the page and several residential colleges sent out listserv emails warning of a shirt sale scam. Around 5:30 p.m. Sunday evening, Kari Peterreins changed the description of the Facebook page.

“To our misfortune and yours, some individuals took it upon themselves to make false accusations about the validity of our company and our products,” the updated description said. “We are not and have never claimed to be affiliated with Rice. We are not here to argue with anyone over the validity of our company/products. Please stop with the allegations. You won. Justice has been served for Rebecca [Artall].”

The page was deleted later in the evening, though phone calls to the company’s numbers continue to be answered.

Duncan College freshman Cam Walton said he paid $7 for a shirt, having gotten a $10 discount from inviting 38 Facebook friends.

“Within the hour of the order, I went back onto Facebook and read all of the posts explaining why it was probably a scam,” he said. “I mumbled some expletives and hung my head in shame. On the bright side, if the shirts are actually real and get delivered, I’ll have a decently cool shirt that lets everyone know the extent of my gullibility.”

This article was edited to reflect the delivery of the shirts to those who ordered them on Thursday, Oct. 20.