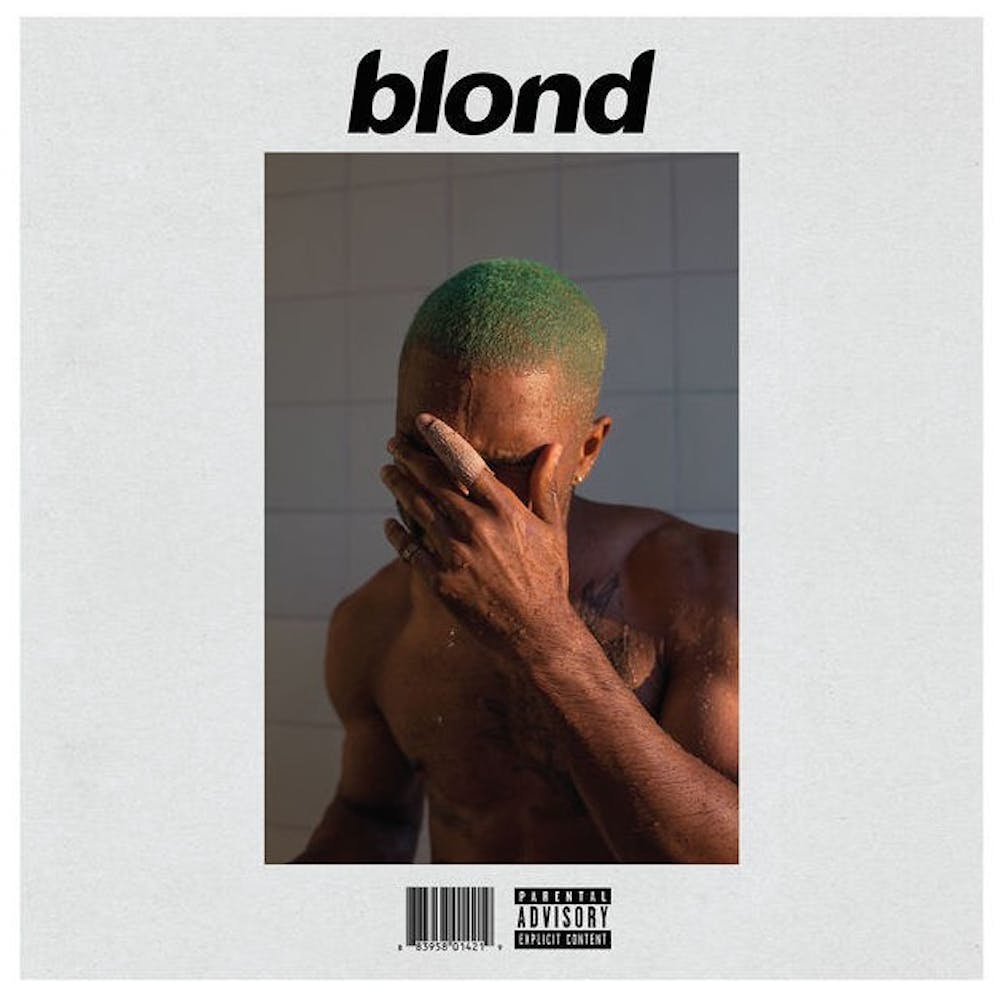 At long last, we had a new Frank Ocean album. Or did we? On the opening track, “Nikes,” Ocean’s voice croons through heavy distortion until the third minute, when Ocean drops a melodic rap over looped acoustic guitar and woodwinds. Three minutes might not be long to wait, but after the near-hysteria surrounding a number of rumored but unrealized release dates, it was enough to make me doubt, if only for a moment, whether “Blonde” was really the anticipated album I thought it was. Further listens show “Blonde” to be similarly deceptive all the way through. Nothing is as immediate as “Thinkin Bout You,” let alone earlier Ocean songs like “Swim Good,” but beneath the lolling tracks, Ocean delivers the same complex, personal lyrics that made “Channel Orange” such a success.

“Nikes” opens the album on a slow, hypnotic note. The vocals are catchy, but the song seems to meander. If anything, it sounds like the vocals to “Thinkin Bout You” being dropped into the final minutes of “Pyramids.” As “Nikes’” sputtering beat fades out, distorted guitars bring a touch of surf rock to the following song, “Ivy,” and drive home to the listener that “Blonde” is going to be a fairly experimental album. Still, after more crooning and even more distorted vocals, the album delivers perhaps its most accessible song, “Pink + White.” “Pink + White” livens up the album with a jaunty piano and bass groove as Frank sings casually, referencing Hurricane Katrina and the perseverance of a number of black public figures in the wake of catastrophes. Toward the end there’s even the slightest Beyonce cameo, as she backs up Ocean’s hook.

For the most part, the album repeats that pattern: A few murky, slow-paced experiments give way to a standout track, then the album recedes back into its relaxed pace, letting its listeners recover from the emotional highlights. The solipsistic jam “Solo” fades into the lower-key “Skyline To” before the guitar-laden slow burner, “Self Control” sees Ocean melting into a heart-rending and unlikely duet with Sweden’s Yung Lean. “Good Guy” functions as an interlude to segway the listener into “Nights,” a restless five-minute track that seems to condense the shifting moods and rhythms of the whole album. The song is catchy and melodic yet also tense and jittery throughout. For the first half, Ocean sings about insomnia, moaning, “this feel like a quaalude.” In the second verse, the lyrics are more straightforward, with Ocean speaking directly to his subject, remembering waiting outside their Houston apartment. While the lyrics get more direct, Ocean’s voice retreats again behind distortion. Just as the album begins to settle into a predictable groove, a punchy, kinetic verse from Andre 3000 on “Solo (Reprise),” a short lacuna, and the dissonant strings that open “Pretty Sweet” jolt it back toward the unexpected. By the time one hits the mellow guitar of “White Ferrari” and the aural groove of “Seigfried,” it feels as if the album enters a sort of chilled out anti-climax. The instrumentals calm down while Ocean’s vocals get more urgent and emotional, ending in “Futura Free,” a final paean to struggling and winning out in the music business.

Though the album remains laid-back more or less throughout, it isn’t monochromatic. The biggest complaint most are likely to have is that Ocean underutilizes his collaborators. James Blake’s cinematic brand of melancholy adds noticeable depth to “White Ferrari,” and Andre 3000’s verse on “Solo (Reprise)” is a standout. But elsewhere, Beyonce’s backing vocals come and go with little notice, and Kendrick Lamar’s backing vocals on “Skyline To” are barely perceptible. Yung Lean’s cameo on “Self Control” is arguably the most representative of the guest appearances. Singing the hook over guitar, his verse may not be the best use of the oddball rapper, but it’s a reminder that Lean is playing in Ocean’s world, and not the other way around.

It was impossible that the album was going to meet all of Ocean’s fans’ expectations, but to those willing to be patient with its slow moving layers, the album’s deep lyrics and willingness to experiment prove rewarding. As Ocean reasserts his talents as a songwriter, he becomes more subtle in his writing, moving behind more layers of sound and more complex emotions.