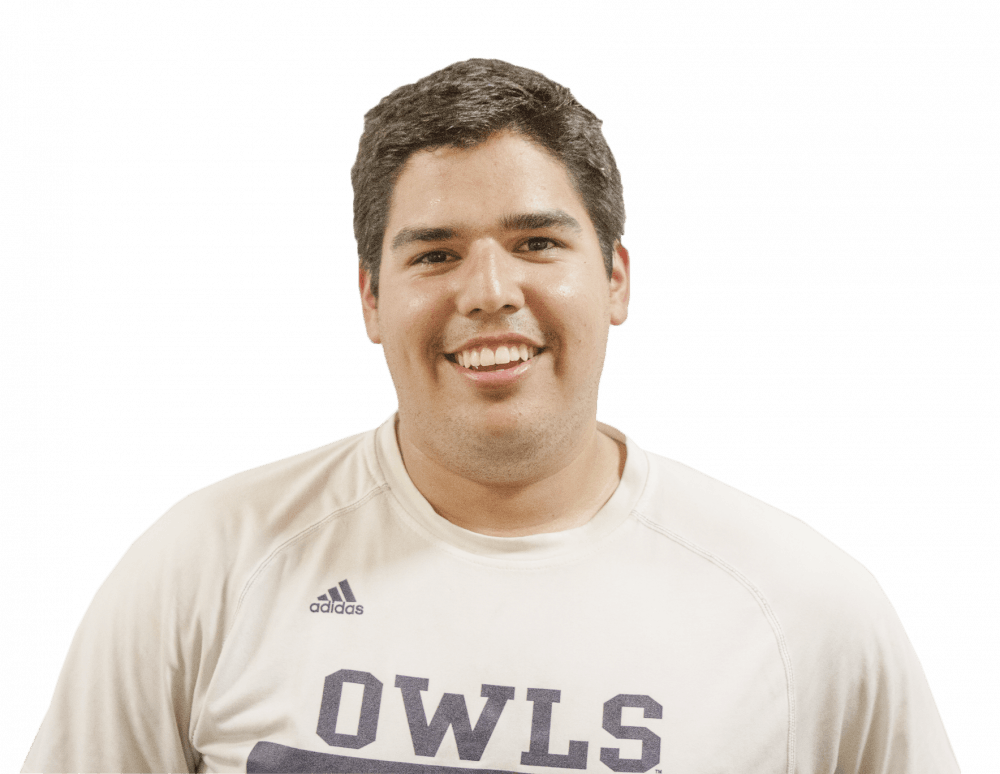 “Ancora Imparo.” These two words rest, fully visible in a beautifully decorated frame, at the center of legendary head coach Wayne Graham’s office in Reckling Park. Over the course of the conversation I had with coach Graham, he reached out to the plaque and handed it to me so I could read the description on the back. I silently read to myself the background of the phrase traced back to Michelangelo during the mid-16th century before reading aloud: “A wise man knows that he knows nothing.”

Currently in his 25th season with the Rice Owls, I had intended to speak with Graham solely to gain insight on his most memorable times at Rice, his prior experiences at San Jacinto Junior College where he won five national championships in a six-year span, and his professional playing days in the late 1950s and early ’60s. However, I left his office not only fully informed on those baseball-related subjects but with life lessons about the importance of learning, adapting to any circumstance and the power of determination. This led me to the conclusion that coach Graham has the success he has had and will continue to have, primarily because of his unique desire for learning and imparting knowledge on others. This is why Rice University has been such a perfect fit for the man who turns 80 today, April 6, 2016.

Coach Graham came over from Rice after spending 11 extremely successful years at San Jacinto JC. Collegiate Baseball magazine named Graham the Junior College Coach of the Century despite being there for just over a decade. His 675-113 record, seven straight 50-plus win seasons, five national Coach of the Year awards and five national championships may have had something to do with that aforementioned accolade, yet the D1 offer he was in search of oddly enough never came. That was until 1992 when Graham would become the coach of the Rice Owls, a team that had just seven winning seasons in its prior 78 years of Southwest Conference play, a conference that could be considered similar to the Big 12 of today with the University of Texas, Austin, Texas Christian University, Baylor University, Texas Tech and even Southern Methodist University as the premier schools in the Lone Star State.

But that quickly changed as his coaching philosophy mixed with his recruitment skills, excitement for his new opportunity and appreciation for coaching athletes at an academic institution such as Rice steadily improved the program. The Owls reached pinnacle years in the late 1990s and early 2000s when the program was No. 1 in the nation on numerous occasions. Graham’s greatest coaching job yet may have been in 2003 when he led the Owls to a 58-12 record including a 30-game win streak at one point in the season. Rice capped the season off with a 14-2 victory over Stanford University in the finals of the College World Series and was crowned national champions. The additional Rice accolades are nearly too many to account for as the years have gone by ranging from an extensive list of first-round MLB draft selections, all-American distinctions, trips to the College World Series, a streak of 20 consecutive conference championships and much more, all under Graham.

Statistically, the numbers coach Graham have produced are some of the most impressive the game has ever seen. For this 2016 season, the team has 53 scheduled regular season games. Factoring in the Conference USA tournament and an NCAA regional bid, the team will play roughly 60 games with a chance for more as they progress further into the national tournament. Multiplying an average of 40 wins per season for the 25 years Graham has been here, gives him 1,000 Division 1 wins. However, Graham is currently sitting at 1,093 wins, easily surpassing even that historic mark.

As you can tell from the statistics above, all of the numbers truly do speak for themselves, so I wish to close this editorial piece out with some of the nuggets of information coach Graham imparted to me about his coaching philosophy and his time at Rice thus far.

“When I got this job [in 1992], a lot of folks thought that 55 was too old,” Graham said. “That has changed and I feel I’ve had something to do with changing that, but I told myself when I got this job [that] I’ve wanted to do this all along so now I will do this as long as I can.”

As much as coach Graham understands and has been around the game of baseball dating back to his early childhood, he credits his success to the drive to continue to pursue what you love to do.

“I feel like there are some models out there for people who are driven to work because they [not only] love what they do [but] have learned a lot about what they do. [People like myself] feel like they can still make a contribution and [continue] to give to their craft,” Graham said.

As the years have gone by, coach Graham said he feels that his favorite memories are those when the team has experienced a hard-fought triumph for the first time.

In terms of how Graham feels the game of baseball has remained constant during his 36 years of coaching and years of playing professionally beforehand is this concept of an “educated guess.”

“Nothing is 100 percent in baseball, it’s all percentages and if you are too much of a perfectionist and it eats on you too hard if you make a wrong guess, then you can’t survive,” Graham said. “I’m not saying I always make the right guess but it is an educated guess, everything in baseball is an educated guess when you’re talking about management: The management of people [and the] management of the game … is what makes [baseball] such an intricate game.”

I had an enjoyable time speaking to coach Graham and am honored to have been granted to the opportunity to work under him and for his ball club over the past three seasons. It does not take long after meeting with Graham to almost forget all of the accolades and just realize that he is somebody very accessible and wise, willing to impart knowledge on those around him whether his thoughts, anecdotes or advice are baseball related or not.

And as for the plans coach Graham has to celebrate his 80th birthday, he cut off the conversation rather quickly, smiled and said in a half-joking, half-honest response:

“Just get it over with and move on.”

This past Saturday afternoon, the Rice football team opened their season at an empty Rice Stadium against the Middle Tennessee State University. The Owls came back from a 15 point deficit in the second half to force overtime, but bad luck spelled defeat for Rice as they lost 40-34 in double OT.