Baseball takes down No. 3 Texas A&M 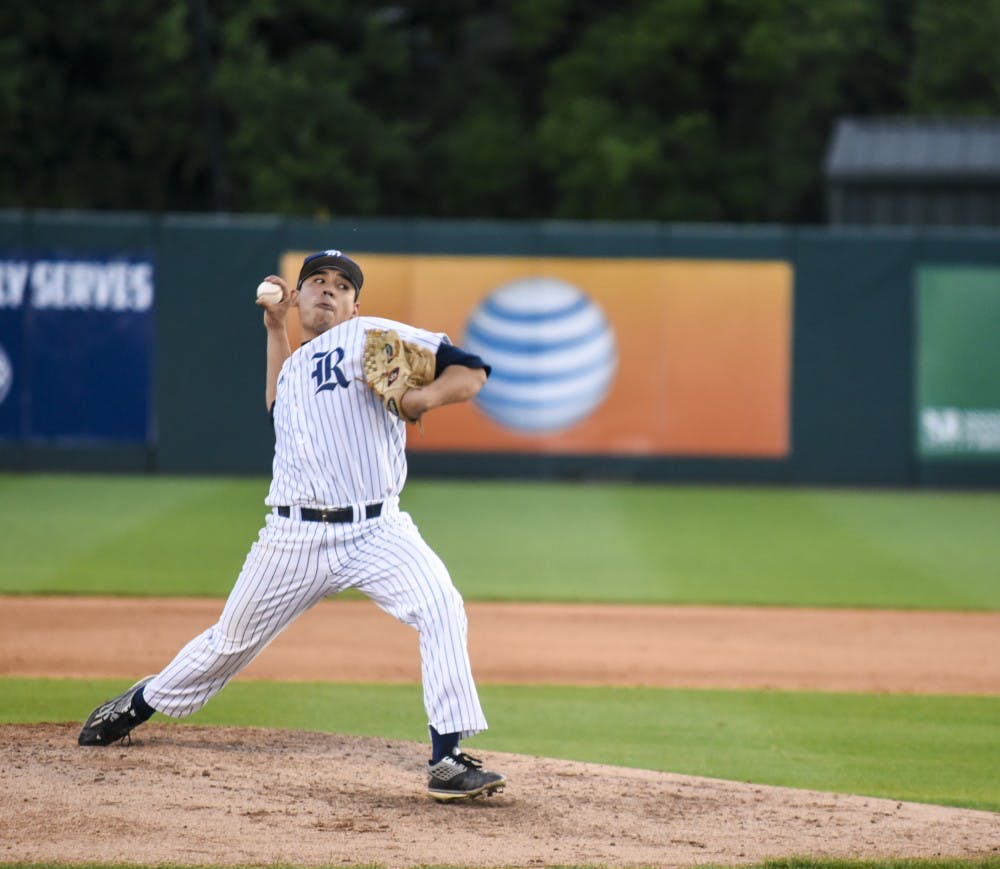 A packed Reckling Park crowd of 5,478 fans watched the Rice University baseball team earn its first win of the season over a top-10 team in a 4-3 upset victory over No. 3 Texas A&M University Tuesday night. Sophomore pitchers Willy Amador and Glenn Otto led the way for the Owls, combining to allow only one earned run and eight hits as Otto earned the win in relief.

The Aggies struck early, plating a run in the top of the first inning behind a leadoff single, a steal of second base and an RBI single three batters later. The deficit evaporated quickly, however, as the Owls responded with a run of their own. Sophomore third baseman Dane Myers singled to left to open the frame, took second on a passed ball, tagged up on a fly out to advance to third and scored on a Texas A&M wild pitch.

Myers again played a leading role in the Owls’ three-run fourth inning. He drove a triple to the right field corner and scored on junior right fielder Dayne Wunderlich’s single later in the inning. Senior catcher Hunter Kopycinski followed with a double to score two more runs and put the Owls ahead 4-1.

Otto replaced Amador in the top of the fifth inning and stranded an Aggie runner on third to end the inning. After a 1-2-3 sixth inning, Texas A&M scored an unearned run in the top of the seventh and was threatening to score more with one out and a runner on second. Otto, however, got two consecutive ground outs to get out of the inning and preserve the 4-2 lead.

With the Owls on the verge of a milestone victory, Texas A&M threatened once more in the ninth. After two quick outs, the Aggies followed with consecutive singles to bring in one run and put the tying run on base. Clinging to the 4-3 lead, Otto struck out the final Aggie batter to preserve the win. The victory snapped Texas A&M’s 25-game midweek win streak, a streak stretching back to the 2014 season.

The game was the Owls’ first game as a top-25 team since early in the season as they returned to the Baseball America rankings as the No. 25 team in the nation. Earlier in the week, Rice was ranked No. 17 in the NCAA Ratings Percentage Index. The victory over the No. 3 Aggies will surely boost these rankings as long as the Owls perform well in their weekend series against the University of Alabama, Birmingham. The Owls will host the Blazers for three games this weekend at Reckling Park. The first games of the series will be held Friday at 6:30 p.m.

This past Saturday afternoon, the Rice football team opened their season at an empty Rice Stadium against the Middle Tennessee State University. The Owls came back from a 15 point deficit in the second half to force overtime, but bad luck spelled defeat for Rice as they lost 40-34 in double OT.