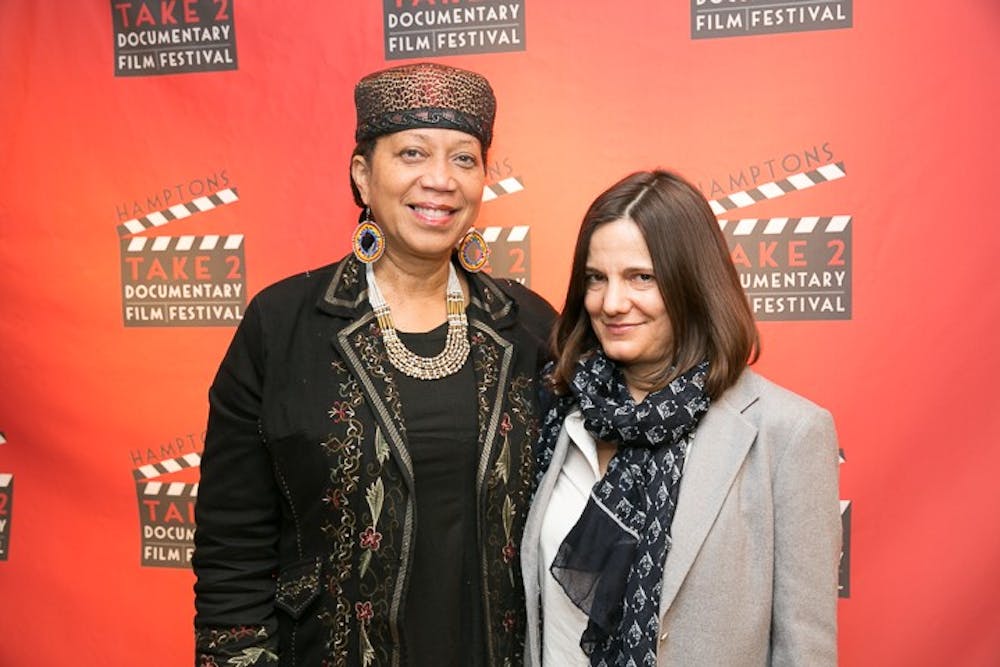 A documentary that neither Netflix viewers nor Oscar voters can ignore, “What Happened, Miss Simone?” weaves through the life and music of jazz legend and civil rights activist Nina Simone. As one of the most recognizable African-American voices of the 20th century, Simone laid her fingerprints on the culture of many generations. Directed by Liz Garbus and produced by Rice alum Amy Hobby (Will Rice ‘86), the film has been nominated for Best Documentary in the upcoming Academy Awards.

During her time at Rice, Hobby found her place in the Rice Media Center. She fell in love with the relatively young film program and thrived in its small classes. Three decades after graduating from Rice, she found herself fascinated by Nina Simone’s story.

“I had worked with director Liz Garbus before and she called me to talk about doing the film on Nina,” Hobby said. “I saw a woman of intensity and complexity, and that's what drew me to the idea instantly.”

“What Happened, Miss Simone?” paces through Simone’s childhood training as a classical pianist, her unexpected transition to jazz, her outspoken participation in the civil rights movement, her self-imposed exile from the public sphere and her eventual return. Garbus and Hobby succeeded in creating a film that belongs unequivocally to Simone. They successfully navigate the trade-off between narrative structure and attention to detail. Especially in the documentary world, the all-too-convenient storyline comes with the subject’s own caricature, but when this happens, the density in material becomes a reenactment of a Wikipedia page. The film commits neither crime, tethering the plot to consistency while unpackaging Simone’s character for the audience. To the film’s benefit, the “talking heads” are mainly limited to her daughter Lisa Simone Kelly and her guitarist and musical director Al Schackman. Kelly’s complicated relationship with her mother and Schackman’s brotherly affection for his collaborator allow for the narrative to strike a deeply personal tone. While it is common for a biopic to drag through a musician’s “Greatest Hits,” this documentary takes advantage of the fire inside Simone’s performances that completes her characterization.

“Miss Simone” stands out from its fellow Oscar contenders in two ways. One is in its high profile of addressing the racial politics of the country, which is fitting given the Academy’s lack of diversity over the past two years. The other is that of the five nominated documentaries, “Miss Simone” is the only one helmed by female filmmakers. In a Variety piece on the well-known gender disparity in the Oscars, Garbus talks about being treated unfairly in another project by a male colleague. To address the gender bias in the film industry, Hobby founded her company Tangerine Entertainment with fellow filmmaker Anne Hubbell.

“We met one day after one of these meetings and she said, ‘I want to work with more women directors,’” Hobby said. “We looked up the statistics and boom! We found something we could get behind.”

The mission statement on their website includes the tagline: “An innovative production company and community builder for films by women.” The company runs the Juice Fund, a means by which supporters can donate money to help women directors find a home for their vision. These efforts have helped advance the careers of filmmakers, including Caryn Waechter and Stacie Passon, and continue to level the playing field today.

“Our next project is Rose McGowan's feature film debut called ‘Synesthesia,’” Hobby said. “And we are in talks to launch a few things that will give women a way to easily take action to support women storytellers.”

“What Happened, Miss Simone?” is currently available for streaming on Netflix. The 2016 Oscars Awards ceremony will take place on Feb. 28.