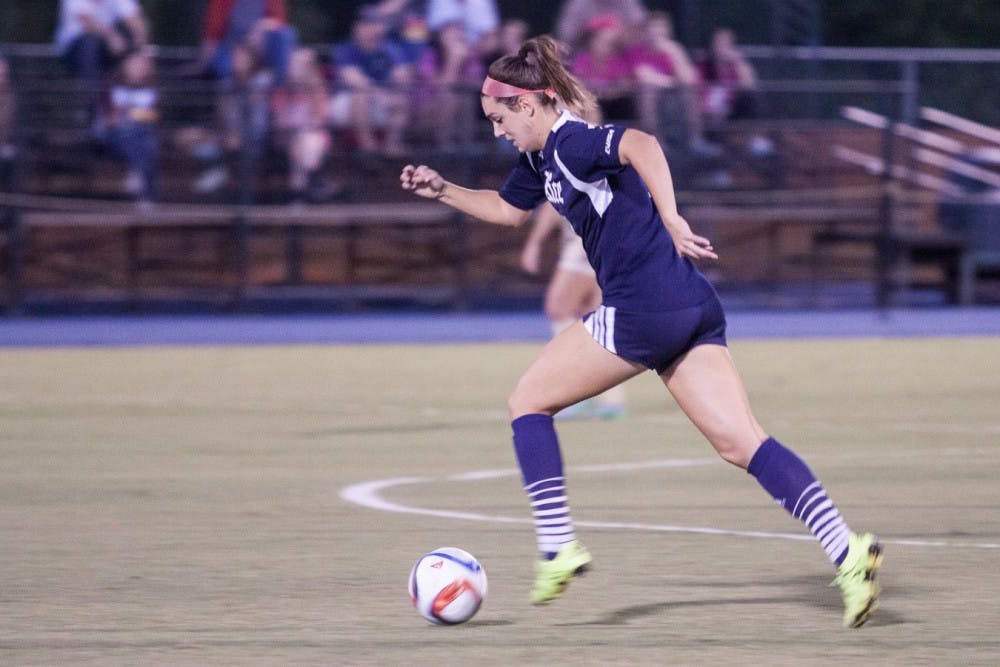 With a 2-0 record last weekend, the Rice University soccer team positioned themselves for another late-season run towards the Conference USA championship. The Owls competed in two more games this weekend and came away with one win and one tie, stretching their unbeaten streak to four matches.

On Friday night, Rice defeated the University of Alabama, Birmingham by a score of 2-0. The team followed this performance up with a Sunday matchup against Middle Tennessee State University that ended in a 0-0 double overtime tie. The Owls have accumulated 16 points so far in conference and are currently in second place in C-USA with a 9-5-2 (5-2-1) record.

Rice matched up against a UAB team that had just two wins on the season as of Friday night. The Owls scored in the 26th minute when sophomore midfielder Samantha Chaiken elevated to head a corner kick into the back of the net.

The second Owls goal came just six minutes later from senior forward Holly Hargreaves. The Owls had opportunities to tack on more goals as the game went on hitting the crossbar on multiple occasions but settled for the 2-0 victory over the Blazers.

On Sunday afternoon, the Owls hosted the Middle Tennessee State Blue Raiders. In the second half, Rice owned possession time and outshot their opposition 13-2. Despite leading the shot margin 26-13, the match ended in a scoreless draw rewarding each team with one point. All four defenders for Rice along with junior goalkeeper Zoe Pochobradsky played 110 minutes in route to recording their third shutout in the last four games.

Head Coach Nicky Adams said she was disappointed the Owls could not connect on offensive opportunities.

“Overall, I thought we battled extremely hard … [I’m] just disappointed that one of the 26 opportunities that we had did not go in but you have to give so much credit to their goalkeeper,” Adams said. “13 saves on the day is huge and she had some legit saves so a lot of credit goes to that kid between the pipes.”

Adams reiterated the importance of finishing opportunities. She said the team has great potential when they can put everything together, including the goals.

“It’s great to see the defense hold up [and the] shots on goal but at the end of the day you need every unit together and finishing to get some W’s,” Adams said. “We’re brilliant out there when everybody is on the same page, but we have to do it a little more consistently.”

Sophomore forward Nia Stallings said she is excited to now face the University of North Texas, currently ranked first in C-USA with a 6-0-1 Conference record.

“They are always a tough opponent and they come out really hard and physical but we’ll be ready for that and give it right back to them,” Stallings said. “The plan is to go over there and come out with the win.”

The highly anticipated matchup dates back to last season when the two teams played each other on two separate occasions, each in dramatic fashion. On Oct. 12, 2014, Rice and North Texas fought to a 1-1 double overtime draw at Holloway Field. The two squads then faced each other once more in the championship game of the Conference USA tournament where Rice defeated North Texas by a 2-0 final and secured an automatic bid to the NCAA tournament.

Rice will take the field against North Texas on Sunday at 7 p.m.