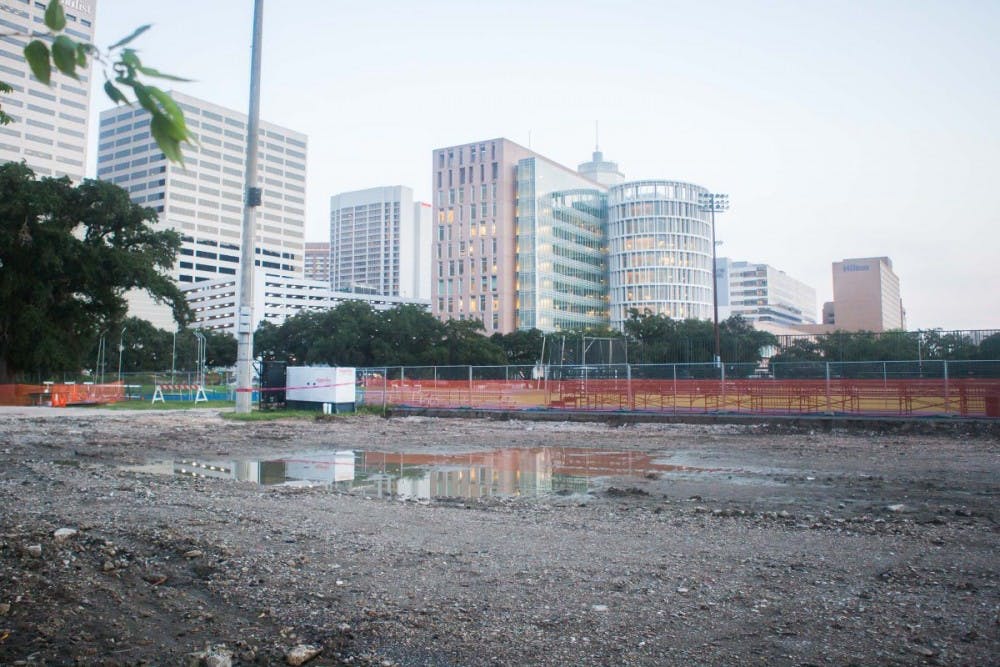 
The former site of the Rice track and soccer stadium, which hosted teams since 1966. The new stadium will feature 1,500 seats and an enclosed press box, and will be completed in early 2016.

The stadium that, prior to last year, hosted Rice’s soccer and track and field teams was destroyed over the summer, a precursor to the rebuilding of a new $2 million stadium.

According to the university, the new stadium will feature 1,500 seats for fans. The seating will include a mix of bleacher and chairback seating, an asset largely missing from the previous stadium. Additionally, the new stadium will have an enclosed press box and facilities for the teams, both improvements over its predecessor.

The renovation, which is being fully funded by the university itself, is the next of several stadium improvements Rice has witnessed in recent years. Last year, Rice began construction on the Brian Patterson Sports Performance Center in the north end zone of Rice Stadium. Additionally, the new George R. Brown tennis complex finished construction last year and Tudor Fieldhouse underwent renovations in 2014.

The new stadium will replace the previous stadium which served for nearly 50 years. Built in 1966 on the original site of Rice Stadium, which moved to its current location in 1950, the Ley Stadium was deemed unsafe last season and spectators and athletes alike were forced to avoid using its facilities.

For the entirety of the 2015 soccer season, fans will be seated in temporary bleachers and standing room. The new stadium will be designed by Jackson & Ryan Architects and is expected to be completed in January 2016. Athletics could not be reached for comments.