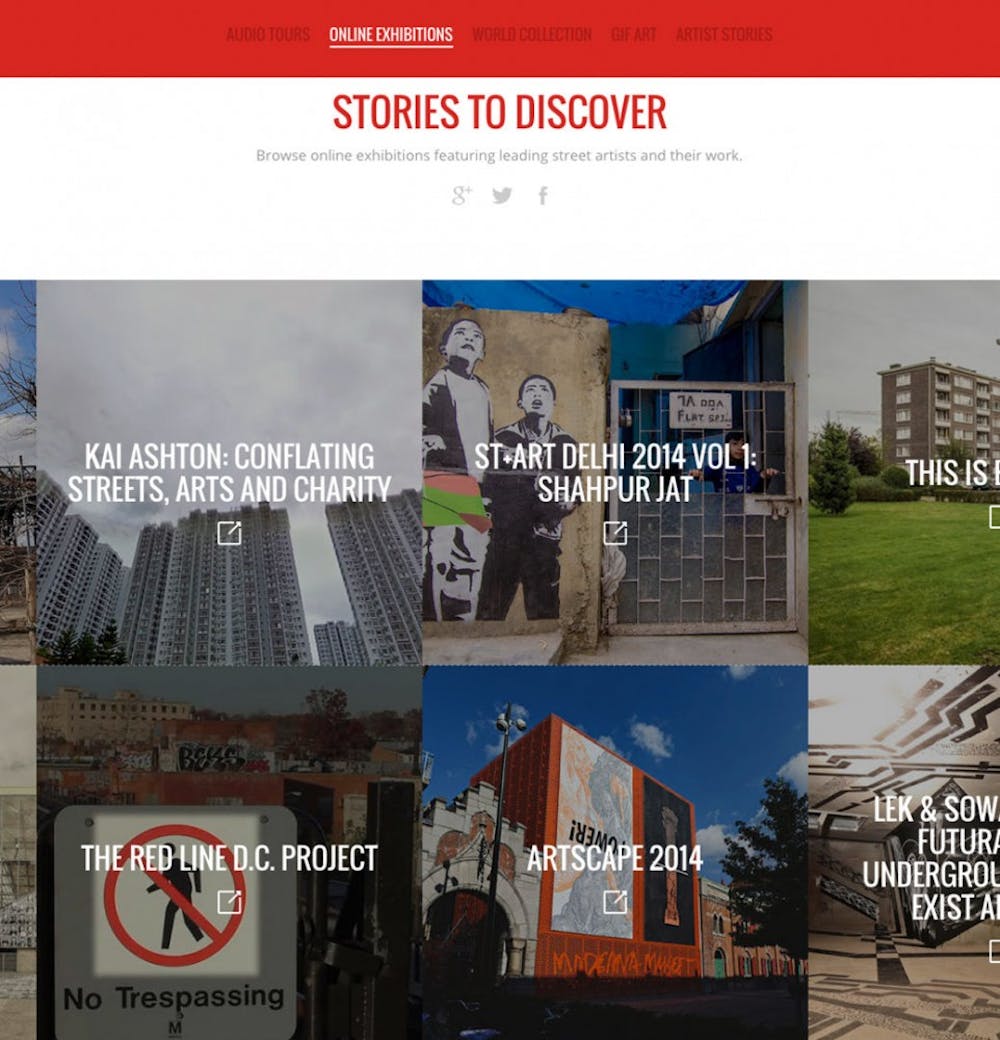 The Thresher picks the hippest stuff you should know about right now.

In a phrase: View 10,000 pieces of badass street art from around the globe.

Where to find it: streetart.withgoogle.com

The magic of street art is that you can’t find it in museums; you have to stumble upon it. It is symbolically and literally connected to the place where it is made: It can’t be moved or transported across the world. These aspects are key to the medium, but they also restrict viewership of the works to the lucky few who are able to visit them. Google Art is attempting to tackle this limitation by collecting and displaying photographs of graffiti, murals and other street art from around the globe.

The website offers several options to explore the art, including a map where you can narrow the choice of pieces based on place of origin and audio tours that create a guided online exhibit of the works. The project has made a few industry critics uneasy, especially those fearing the art may be exploited for corporate profit. Others, however, see it as an essential way to preserve art history and share art with people around the world.

In a phrase: Brave New World with more heart.

Where to find it: amazon.com, any bookstore

Though critical reviews aren’t everything, it’s hard to ignore the landfall of praise for veteran music journalist Carola Dibbell’s debut novel, The Only Ones. NPR’s Jason Heller recently said the book is in the same league as Margaret Atwood’s The Handmaid’s Tale, calling it “a debut novel on par with some of the best speculative fiction of the past 30 years.”

The book follows the life of a 19-year-old girl, Inez, who lives in a world set 50 years in the future that has been ravaged by a series of deadly pandemics. Inez is healthy, and she finds that wealthy people are willing to pay her a fortune if she clones herself. When the potential mother of one of the clones dies, Inez decides to raise the baby herself. Critics say the novel is heartbreaking and poetic, wrestling masterfully with the heavy themes of motherhood, genetic engineering and religion.

In a phrase: Famous smartwatch with a ridiculously long battery life.

Where to find it: Sources say it will hit the mainstream market in May.

Kickstarter has made some great things possible (the Veronica Mars movie) and some really stupid things (remember the potato salad?). It’s not clear which category tech company Pebble’s new smartwatch, Pebble Time, will fall in, but at the very least it’s caught the world’s attention. The watch just broke not one, but two Kickstarter records: the fastest project to raise $1 million (one day) and, a week later, the most-funded campaign in the crowdfunding website’s history at over $13.3 million pledges.

78,439 people backed Pebble’s watch, which will sell for around $199 when it hits the market next month. Besides the price, the watch’s main selling points seem to be its sleek construction, color “e-paper” screen and week-long battery life. Whether it’s worth the Kickstarter hype, however, is yet to be determined.

In a phrase: The potential for your 3-year-old to make you broke in a minute flat.

Where to find it: amazon.com

It’s the most relatable, modern-American feeling there is: that twinge of annoyance when you reach for a new Keurig hazelnut coffee pod and realize you have run out. Amazon, ruler of the Internet-shopping universe, has set its sights on eradicating this sensation for good with its newest creation, the “Dash Button.” You just adhere the little device to the surface of something you might use up and press it as soon as you think you’re getting close. Voila! The Amazon restocking fairies will send a replacement right your way, automatically charging your card in the process.

The device has not been received without some grumbling, especially among critics of capitalism who see it as just another way consumerism can penetrate deeper into our lives. Still, how nice would it be to never again face the conundrum of being stuck on the pot when you’re all out of toilet paper?