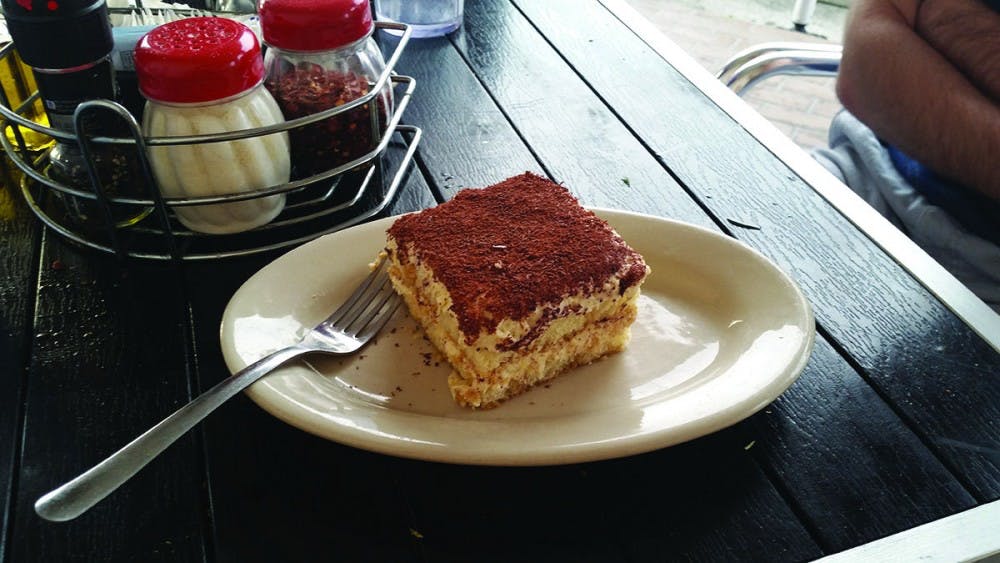 Nestled in a strip mall on Richmond Avenue, Collina’s Italian Cafe looks as inviting as any Italian restaurant. Families and couples chatter over bottles of wine, cooks stir enormous pots of pasta and waiters bustle between the indoor seating and the tables outside on the patio. The affable service, homey red-checkered tablecloths and BYOB policy all add to Collina’s laid-back, neighborhood-Italian-joint atmosphere. It would be all too perfect if Collina’s cooks turned out food that matched their idyllic atmosphere. Unfortunately, Collina’s pastas are far from the heavenly spaghettis and linguinis of superior trattorias; the rustic chicken dishes miss out on the buttery charm that pervades quality Italian cooking. Even the pizzas, the centerpiece of Collina’s menu, seem bland in comparison to the bold and fresh flavors other pizzerias draw from their pies.

The first warning of the food’s quality comes before guests even order. The dipping oil brought to accompany the bread is a dull, soapy yellow and indeed has a corresponding taste, unlike the bright green, floral extra-virgin olive oil typically offered with bread at other Italian restaurants. The other appetizers are somewhat better. The salads are more or less what one expects: chopped romaine tossed with canned olives, onions and the occasional slice of tomato. The appetizer menu’s one standout is the Oysters Ernie. Dusted with flour and sauteed in a tangy brown butter and Worcestershire sauce, the oysters are deliciously plump and chewy. The sauce alone may be the tastiest thing Collina’s serves and is a great alternative to the olive oil for

The entree menu is split between chicken dishes, pastas and pizza. The chicken preparations — marsala, piccata, parmigiana and rosemarino — all come in enormous portions with sides of sauteed spinach and penne marinara. At $15 each, the plates are all good deals, but across the board, the sauces are fairly disappointing. The chicken marsala is especially so, both too thin and overly sweet, with none of the acidic caramel flavor of actual marsala. The marinara sauce used for the pastas is better, sprinkled with a healthy amount of chiffonade-cut basil to lend it a fragrant flavor. Still, the marinara is overly watery, which makes for an unappealing appearance on the plate and prevents the sauce from sticking to the pasta as well as it could.

The other pastas have similar problems with their sauces. Most use some form of marinara or alfredo sauce, which has too little cheese and pepper to taste like anything but thickened cream. The tortellini, however, is a highlight, filled with fennel sausage and spinach stuffing that shines despite the drab alfredo.

The pizza, what many fans claim is the star of the food at Collina’s, is certainly less disappointing than the other entrees, but still not exceptional. The puffy crust is satisfyingly chewy, but the toppings and thinly spread sauce contribute little to the pizza’s flavor.

The dessert menu adds an odd end to the meal that betrays the very non-Italian nature of Collina’s cooking. With options like lemon squares, brownies, butterscotch squares and cheesecake, the menu seems more like a list of beginner’s baking projects than an Italian dessert menu. The one recognizably Italian dish, tiramisu, bears little resemblance to its classic preparation. The mascarpone cheese is traded for a cream cheese icing, which tastes good on its own, but is much too heavy for the ladyfingers, which in Collina’s case might just be sponge cake anyway. Worse, the cake has barely any trace of the coffee liqueur that defines tiramisu’s flavor.

More than anything, Collina’s comes across as a missed opportunity. The waitstaff is so friendly, the decor so cozy and the prices so reasonable that even a small improvement in the food would make it a charming place for a casual Saturday dinner. Instead, the food is more or less on par with any local Olive Garden, and the menu is far more limited. With a few more spices here and a little less cream there, Collina’s could be a wonderful place to unwind over a mountain of pasta; but without some changes, there’s little to recommend.