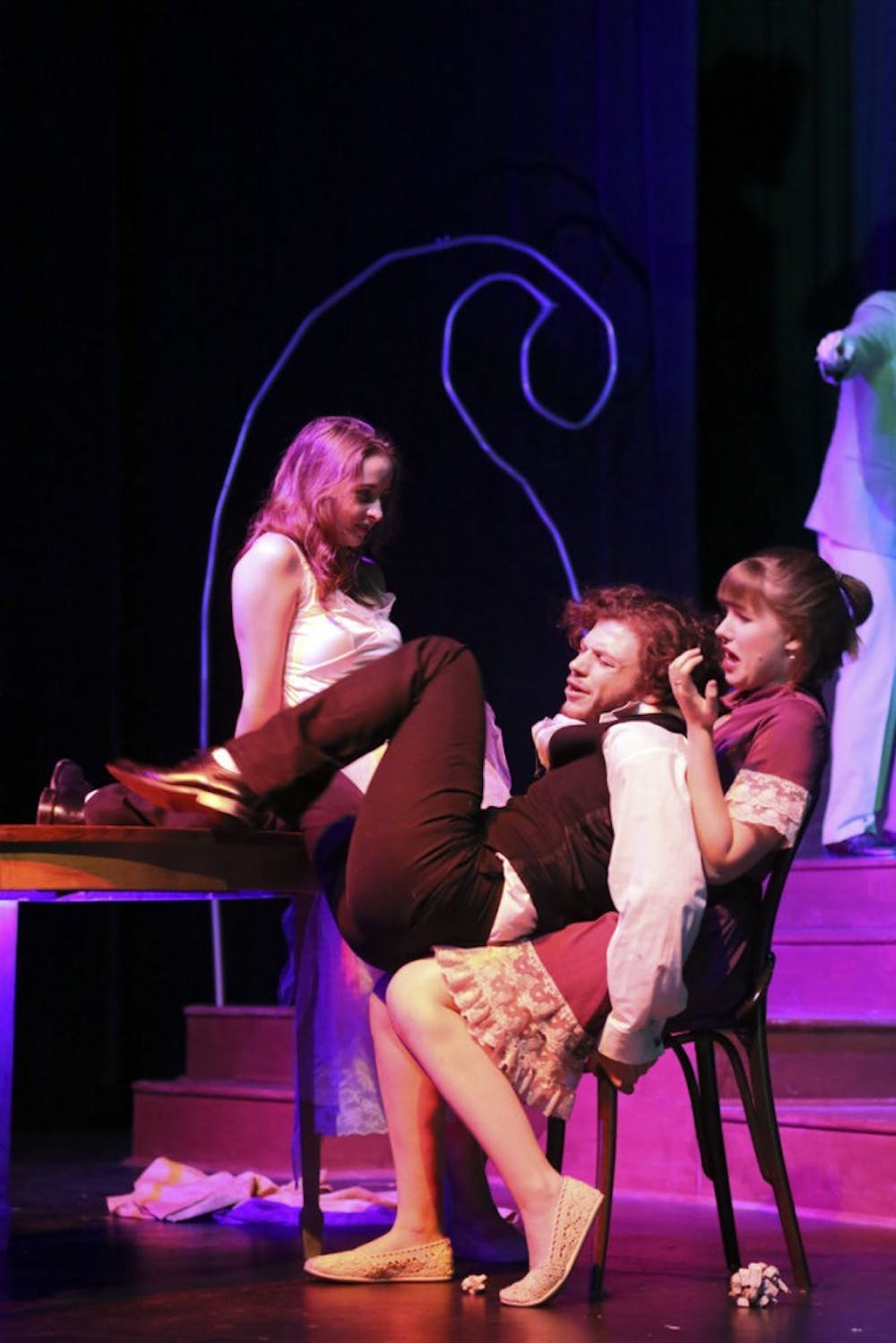 Some plays strive to make audiences laugh, some try to invoke tears, others try to foster deep and insightful thought. The Rice Player’s production of Paganini boldly attempts to achieve all of the above throughout the play, but risks leaving viewers uncertain of how to feel. While the exact time period in which Paganini takes place is vague, the production, set in various European cities, is about a young, once world-renowned violinist whose soul belongs to the devil. Paganini has somewhat of a dreamlike quality throughout, making it difficult at times to distinguish what is real and what is not.

The play, directed by Aaron Garret (Rice ’12), opens with the introduction of Nicolo Paganini, a poor, hopeless man who was once a famous violinist but had to sell his violin due to debt. A stranger gives him a high-quality violin, free of charge, on the promise that the stranger will be repaid. The remainder of the play follows Paganini through, as the Rice Players describe it, “a series of depraved adventures in love and music.” He finds himself in a slew of sticky situations, including, but not limited to, a jail cell populated with crazy men, a somewhat psychedelic clock shop, the operating table of a kooky quartet of singing doctors, and a jealous fit of rage upon finding out that his lover is cheating on him. The mood of the play varies greatly: some scenes are dark and almost scary, while others are lighthearted and comical. Throughout the story, Paganini is trapped in a continual attempt to decipher which actions will lead him to salvation and which to damnation.

As emotionally confusing as Paganini is at some points, the play is largely redeemed by the talent and passion of the actors and actresses. Jones College freshman Rob Katz, who plays the troubled musician Nicolo Paganini, convincingly represents the whirlwind of emotions his character experiences. Throughout the entire two-and-a-half-hour production, Katz remains energetic and engaged, which is quite the feat considering how animated his character is. Conveying a believable performance of someone losing his mind is no easy task, but Katz’s acting approximately reflects how his character is feeling.

In addition, multiple members of the supporting cast do a phenomenal job playing multiple roles, such as Baker College senior Alyssa Dugar, who portrays many characters ranging from a poor woman selling apples to Paganini’s mother to a washed-up, desperate call girl to a “professional” singer whose singing could be better described as screeching. While each of these roles is very different, she conveys each one with just as much passion as the last, giving the audience reasons to both laugh and cry.

Another standout character in the Rice Player’s production of Paganini is Baker sophomore Paul Dingus, who plays three completely different fatherly figures. In one role, he appears as an old, hunched-over man: a slightly crazy clockmaker and father to one of the multiple girls whom Paganini becomes obsessed with. This scene takes on an especially dreamlike quality, enhanced by Dingus’s representation of a charismatic and outlandish clockmaker and creator of eerily lifelike wind-up toys. He also does a remarkable job playing both an ignorant father who does not care for his daughter’s well-being and a cruel but stupid father who abuses his daughter.

One enjoyable feature of the play that helps clear up some of the time period and scene location ambiguity was the quick monologues from the supporting characters before specific scenes about how Paganini entered their lives. These short speeches clearly inform the audience of where exactly the scene is happening, especially because the exact location and situation tend to change quite rapidly throughout the

The Rice Players make great use of the stage, quickly transitioning between scenes and bringing out new and elaborate props, including ones from which members of the cast emerge, surprising the audience. While the lighting does a great job highlighting what is happening on stage without being too over- or underwhelming, it seems as if some parts of Paganini were heavily accented by a musical soundtrack, while others were surprisingly quiet. For a play that is centered around the life of a world-famous musician, it would be nice to have a heavier emphasis on the musical aspect.

While the play is a bit lengthy, the entire cast of Paganini does an excellent job portraying a tumultuous cycle of emotions and situations. However, some scenes portray a little too wide of a range of reactions and feelings, which have the potential to confuse the audience as to what, exactly, the scene is trying convey. Paganini is being performed by the Rice Players Oct. 9-11 in Hamman Hall at 8 p.m. Student tickets are $5, faculty, alumni and senior citizens are $8 and general admission tickets are $10.