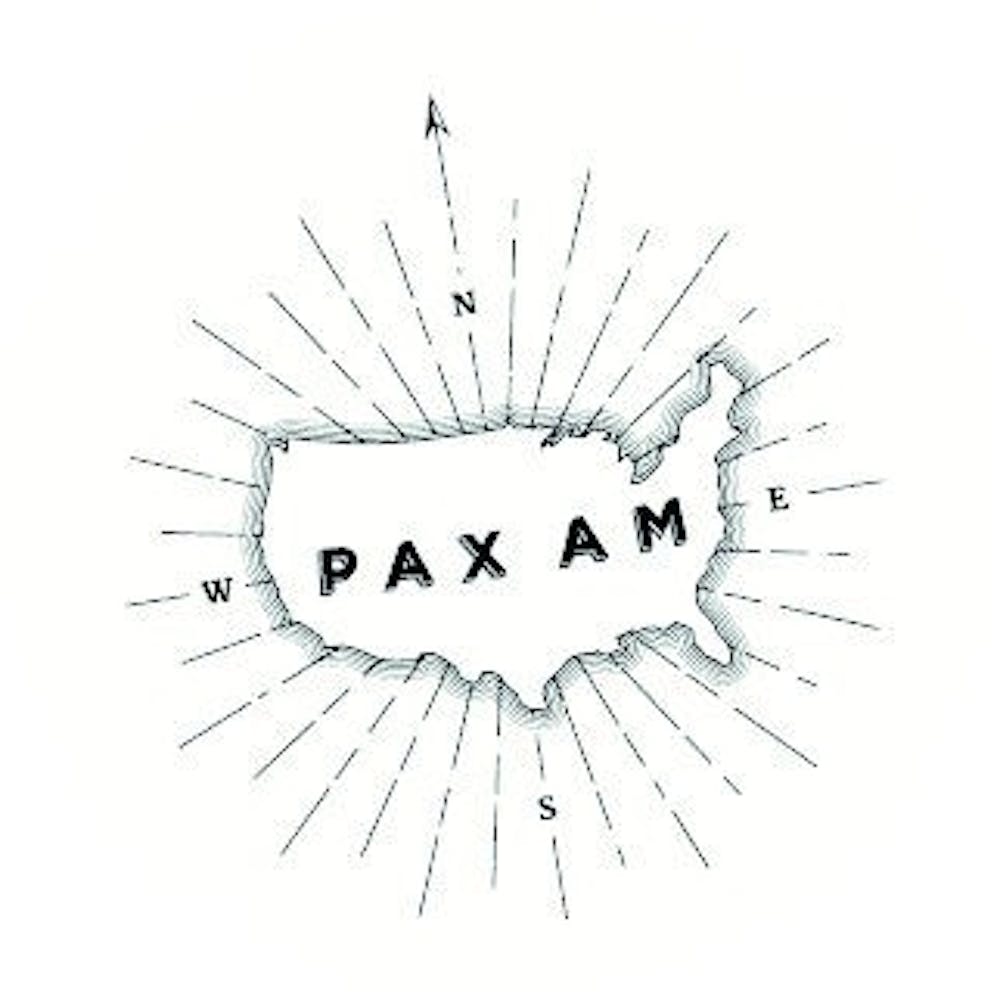 When I asked our waiter whether he preferred the lamb or swordfish, he told me, “That’s like asking me to pick a favorite kid.” Then, as only a father could, he described every last detail of the two dishes to help me make my choice. At Pax Americana, the new modern-American restaurant on Montrose, the passion and talent is evident. The entire wait staff has an exhaustive knowledge of the quickly-changing menu and Chef Adam Dorris (formerly of Revival Market) brings an adventurous approach uncommon for a restaurant touting itself as “American.”

However, that’s not to say the food isn’t full of typical American flavors: Corn, pickles and “root vegetable mash” steal the spotlight from the menu’s more glamorous ingredients like wagyu beef and blue crab. Dorris displays a singular talent for pairing his most American ingredients like barbeque sauce and house-made pickles with elements like unfiltered olive oil, which lends the pickles an Italian flair, and charred garlic, which minimizes the sweetness of the barbeque sauce to a mole-like taste.

The beverage program, lead by pastry chef Plinio Sandalio, offers a comprehensive selection of cocktails, beer and New World wines. Most of the beer is sourced from Texas, and the wine list is exclusively domestic, focusing on Washington Pinot Noirs and classic California Cabernets.

Sandalio’s desserts match Dorris’s penchant for unique pairings: The hazelnut financier is paired with a scoop of remarkably good foie-gras ice cream, and the flourless cake is infused with negroni and topped with gin fizz foam and Campari gelée, making a wonderfully boozy

The food’s most significant problem is that, while it’s never boring, some of the flavors can clash and detract from otherwise superb dishes. The same hazelnut financier that paired so well with the ice cream was also served with a duo of roasted figs that could have added to the dish’s flavor, but because of an odd choice of seasoning (salt, pepper, and cilantro) were better left off the plate.

The edgy pairings that tainted some of the otherwise incredible dishes seemed indicative of Pax’s other problems. The food itself is truly innovative, but showcasing it on the menu, which at times sacrifices substance for trendiness, seems to be a bigger challenge for the restaurant. The strong focus on fresh and local ingredients undoubtedly improves the quality of the dishes, but also necessitates the menu be frequently changed, which can be a disappointment to those looking to have the same great dish they had on their last visit. Our waiter also informed us that the menu was centered on small plates that were meant to be shared. The “land” and “sea” portions of the menu, though, can be quite hard to share and are certainly not priced at levels that suggest small plates. Pax also offers a secret menu, which customers are told of after their first dinner. It’s another interesting addition, but given that the menu only offers 15 choices between dinner, dessert and appetizers, it’s a wonder they don’t make the additional options better known.

The food at Pax Americana is good enough that most will find it worth a visit despite the frustrating trendiness and high prices. If the menu’s kinks are worked out, Pax could even rise to the level of big names like Underbelly and the other elite of the Montrose food scene. Dorris and Sandalio clearly have the talent: They just need to concentrate less on what’s fashionable and more on what’s flavorful.