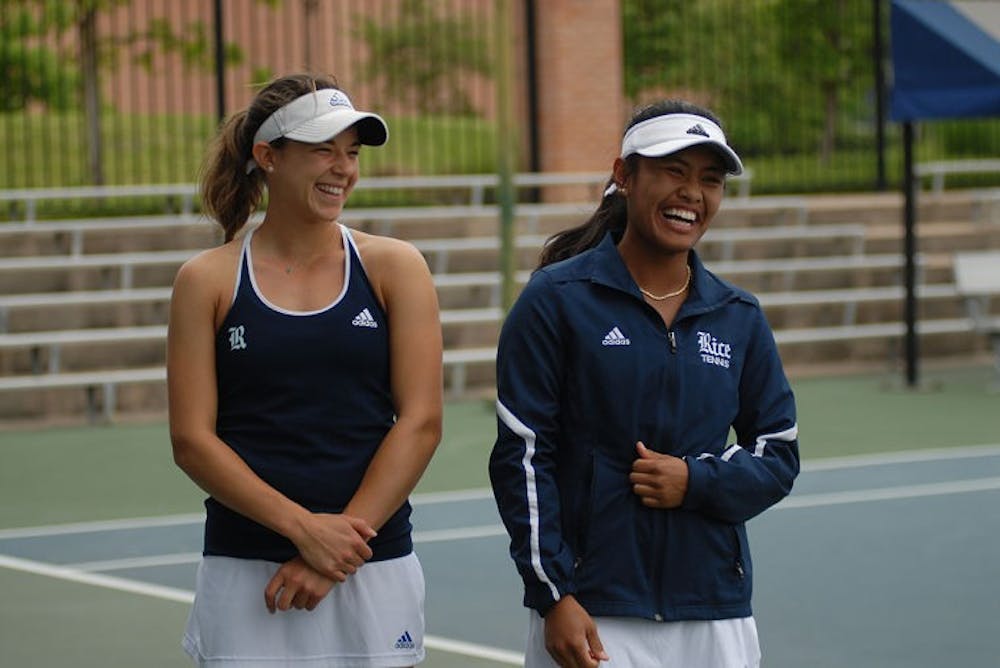 Junior Natalie Beazant and sophomore Solomiya Zinko gave Rice a 2-0 lead, sweeping their opponents 6-0, 6-0. Senior Kimberly Anicete followed suit with a victory, securing her 96th career win and making her the fourth all-time scorer in Rice history. Freshman Katherine Ip clinched the win for the Owls, defeating her opponent in a straight-set win (6-3, 6-2).

Prior to the Owls’ win against UTSA, the team fell to Baylor University in a close (3-4) match.

Head Coach Elizabeth Schmidt said, despite the loss, the match against Baylor showed marked improvement for the team.

“The team played a very solid match against Baylor,” Schmidt said. “We were pleased to see the improvement we [have] made since we played them back in February.”

The match against UTSA was the Owls’ annual Senior Day and the final collegiate match to be played in Jake Hess Tennis Stadium, as the Owls will make their home in the new George R. Brown Tennis Center next season.

Schmidt said the team was honored to play the final match in the historic Jake Hess Tennis Stadium.

“A lot of great history has been made over the years at Jake Hess Tennis Stadium, so it was an honor for our team to be able to play the last match in the facility,” Schmidt said. “It was also extra special, as we were celebrating the careers of two amazing seniors. They have helped propel our program to new heights, and we truly appreciate all that Kim [Anicente] and Dominique [Harmath] have done for Rice Tennis.”

According to Schmidt, the Owls feel this weekend’s win gives them the confidence they need heading into the championships.

“We should be taking a lot of confidence going into the tournament because of the way we have responded to a challenging regular season schedule,” Schmidt said. “We have been battle-tested multiple times, so that experience should help us in the high-pressure situation of post-season play.”

Senior Dominique Harmath said, despite their strong season record, the Owls look forward to what lies ahead, specifically the chance to win the Conference USA tournament.

“We are feeling good, but we don’t give our record much attention,” Harmath said. “We go into every match with the same mind set — that each match will be tough, and we will have to give it our all.”