Why we should care about George Bush’s sh**ty paintings 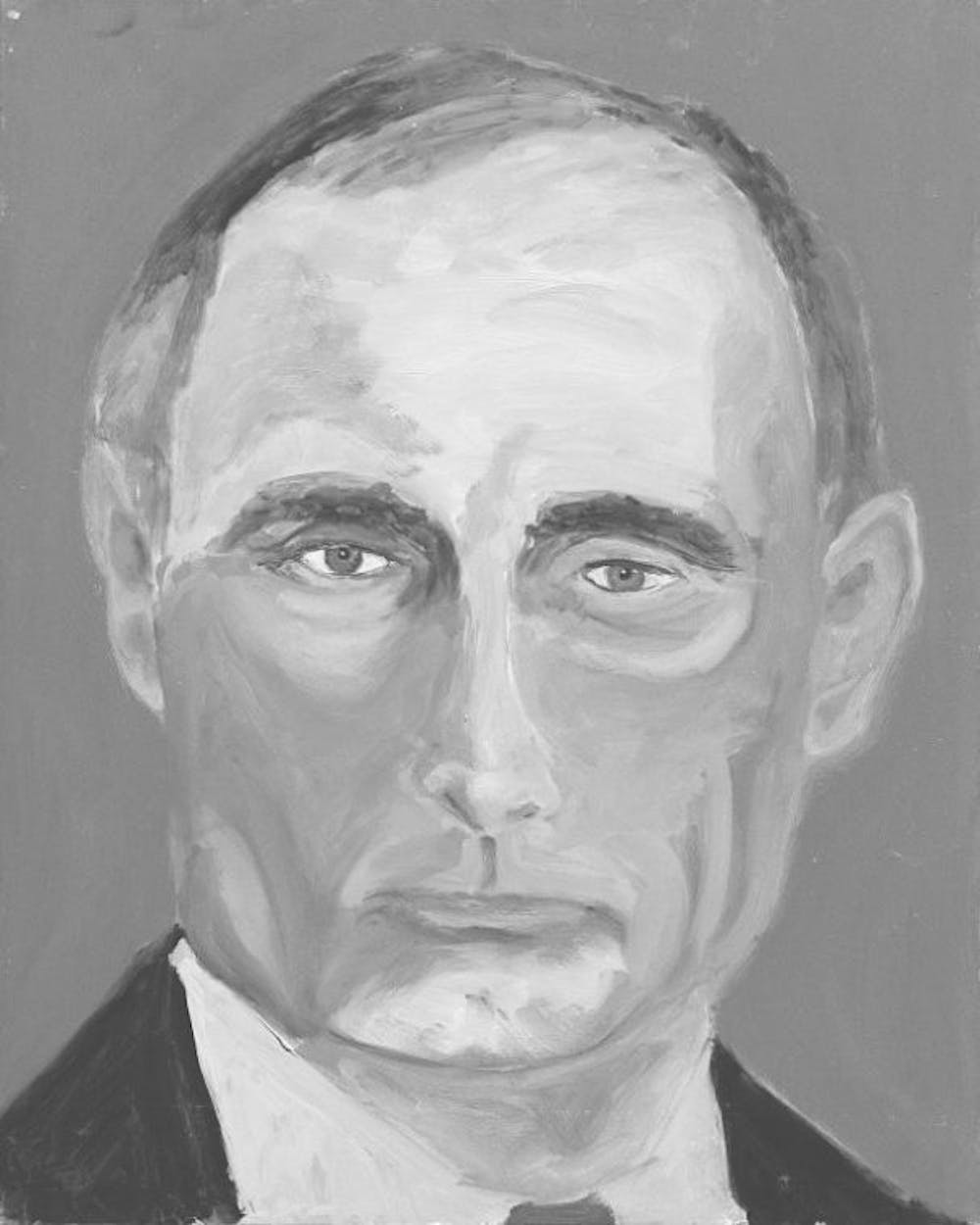 
Above is one of George W. Bush’s most noteworthy paintings, a portrait of Russian leader Vladimir Putin. Bush’s choice to portray Putin grimacing, as opposed to the happier expressions of leaders in other paintings, indicates his relative disdain for the Russian president.

This past Saturday, April 5, former president George W. Bush launched a public exhibition of his paintings at his presidential library in Dallas. Bush’s paintings include everything from cats to world leaders produced in large, clunky brushstrokes on a variety of solid-colored backgrounds.

This past Saturday, April 5, former president George W. Bush launched a public exhibition of his paintings at his presidential library in Dallas. Bush’s paintings include everything from cats to world leaders produced in large, clunky brushstrokes on a variety of solid-colored backgrounds. Bush’s paintings have not escaped their fair share of critical analysis, most of which has included the words “creepy” and “bizarre.” The Daily Telegraph art critic Alastair Sooke recently described his style as “idiosyncratically naive and skew-whiff,” whatever that means.

The thorough coverage of Bush’s universally-condemned art brings to mind the question, “Why the hell does anyone care about George Bush’s bad paintings?” When you get past the alarming weirdness of the mental image of Bush proudly finishing up a disfigured portrait of a cat, is there any artistic significance to his work?

One answer could be that the paintings allow access to Bush’s psyche: They tell us deeper things about his approach to life and world leadership. Besides his choices to portray world leaders with either smiles or frowns, however, I can’t seem to find any other symbolic significance to the works. We can’t blame Bush for this though; he’s a literal man who’s straight to the point.

Instead, I claim that we don’t care about Bush’s art because of his crappy paintings or his non-artistic soul. His paintings are important because of his choice to paint them and display them to the world. Human beings of all cultures, ages and backgrounds write in diaries or sketch from photographs. Many the 50-plus housewife, including many of my mom’s friends, have taken up painting as a casual hobby. However, few make the important choice to expose these naive attempts to the world for analysis and sometimes rather harsh critique. Art does not require symbolic depth or skill; what it does require is an audience. Bush’s paintings suck, but they deserve the honor of being labeled “art” because he put them on display anyway. His fame and shaky public perception only underscore the bravery of this act.

In fact, the choice to create and display is one of the most powerful and artistically meaningful acts a human can ever make; it involves isolating a delicate part of one’s soul and exposing it in a way that renders it completely vulnerable. The larger the audience and the lower the quality of the work, the more impressive the decision. I would even argue that Rice students should be moved by Bush’s decision to display their own work in a public setting. While offering it up to the proverbial shark tank is an intimidating thought, to do so is to show confidence that you can stand the criticism. If Bush can shamelessly present his globby portraits of world leaders, you can definitely publish your Franzian short story on environmental Marxism.

In conclusion, I beseech you George Bush: Ignore the criticism of your shitty paintings. You are an artist, and while your paintings may not deserve respect from the art world, your choice to display them certainly does.