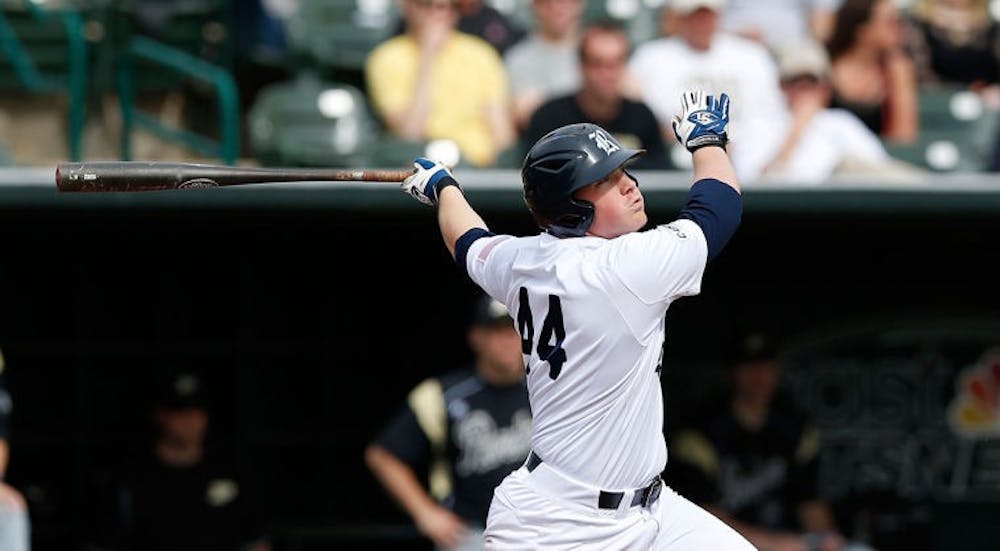 The Rice University baseball team competed this past weekend in a three-game series against the University of Alabama, Birmingham. Upon entering Friday’s game, Rice held a two-game Conference USA lead over UAB but would widen that gap after winning all three games.

The Rice University baseball team competed this past weekend in a three-game series against the University of Alabama, Birmingham. Upon entering Friday’s game, Rice held a two-game Conference USA lead over UAB but would widen that gap after winning all three games. The Owls have won six straight Conference USA games – dating back to last weekend’s sweep of Tulane University – and have improved to 29-13 on the season and 16-5 in conference play.

Sophomore pitcher Kevin McCanna started on the mound Friday night, where he threw a complete shutout game for the Owls, the first in his career. McCanna allowed eight hits over nine innings of work and allowed zero runs and no walks. The Owls faced undefeated UAB pitcher Chase Mallard and managed to score two runs over seven innings.

The Owls scored first in the third inning with a two-out RBI single from junior John Clay Reeves to make it 1-0. In the seventh inning, sophomore Blake Fox hit a sacrifice fly to make it 2-0, which would stand as the final score in the first game.

Fox started as pitcher in Saturday’s game. Despite allowing three hits and two walks in his first three innings, Fox managed to escape unharmed, stranding five UAB base runners in the early going. The Owls scored first in the ballgame, taking a 1-0 lead off an RBI single by junior infielder Ford Stainback in the second inning.

The lead would not last, however, as UAB scored three runs off of Fox in the sixth inning to go ahead 3-1. The Owls chipped away at the lead by scoring one run in the seventh before Reeves hit a solo home run in the eighth inning to tie the game at three runs apiece. The game would remain tied until the eleventh inning, when junior Skyler Ewing connected on a pitch and drove it over the left-center fence for a two-run walk-off home run and his third walk-off hit this season.

The Owls played in the final game of the series on Sunday, April 20. Freshman pitcher Jon Duplantier was on the mound for the Owls in his third career start. Duplantier pitched 7.2 innings while allowing three runs, none earned, and striking out a career-high seven opposing batters. All three unearned runs were charged to Duplantier in the eighth inning, when a two-run double down the line drew UAB within one run.

The Owls scored four runs in the first six innings and held a 4-3 lead headed into the bottom of the eighth inning. An RBI single by freshman outfielder Charlie Warren extended the lead, and a quick ninth inning of pitching by junior Trevor Teykl secured the win for the Owls with a final score of 5-3. Duplantier earned his first collegiate victory for his effort.

Senior Keenan Cook said he believes the Owls’ six-game conference-winning streak is a testament to their great pitching and defense.

“No doubt our pitching and our defense has been solid these past two weekends,” Cook said. “When you find that working your way, you will continue to be in ballgames, and it’s up to the offense to secure the wins.”

Cook said the upcoming games at the University of Southern Mississippi will be entertaining and can see the raucous crowds as a source of motivation.

“It’s definitely a real fun environment to play in front of, since they usually pack the house,” Cook said. “They are right behind us in the standings, so we [will] go in with an ‘us against the world’ [feeling that] fuels us to focus in more and to get the job done.”

Junior reliever Trevor Teykl said McCanna and many other players have stepped up on the mound.

“[McCanna] has been awesome and has really stepped up to his temporary role, just as [a lot] of guys have stepped up,” Teykl said. “Our defense has done a great job making us pitchers look pretty good. The team has really come together as a whole as of late.”

The Owls will head out on the road this upcoming weekend to face the Golden Eagles in a three-game series. Southern Mississippi is currently in second place in the conference, trailing only the Owls. First pitch is scheduled for April 25 at 6:00 p.m.