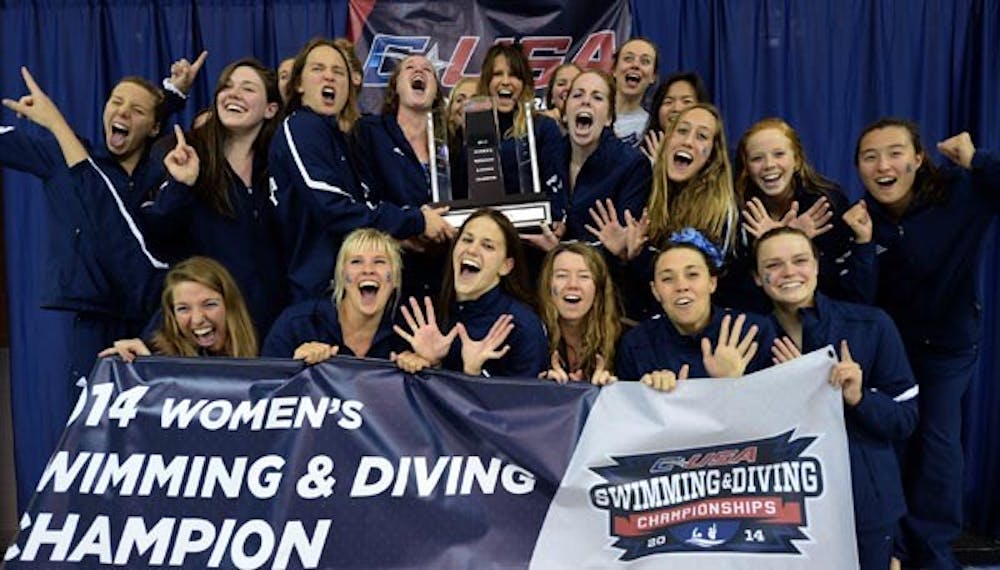 Junior Casey Clark, junior Erin Flanigan and sophomore Cora McKenzie each won their respective individual events. Rice was also awarded with two individual accolades: Clark was recognized as the C-USA Swimmer of the Meet and Head Coach Seth Huston was named the C-USA Swimming Coach of the Meet.

Huston said Clark pushed herself throughout this season, as she has done in the past.

“Clark works hard, and she does not limit herself,” Huston said. “Every year she gets better; she thinks bigger and bigger.”

Rice kicked off the tournament with a 188-point lead and maintained their spot, as 12 Rice swimmers qualified for the final races.

The Owls managed to secure their first place victory with several critical moments during the final races. Going into the 1,650-yard freestyle, Flanigan had to swim a personal best to beat Florida International University’s junior Sonia Perez Arau, who swam a 16:28.63 during the preliminary races. Flanigan surpassed her personal best with a time of 16:24.94 to beat Arau and win her second C-USA title for the meet.

In the 200-yard backstroke, sophomore Taylor Armstrong broke the Rice school record with a time of 1:59.31 to earn fourth place at the meet. Senior Michelle Gean followed Armstrong, coming in ninth place with a time of 2:04.31.

Junior Rachel Moody came in second in the 200-yard breaststroke with a Rice school record-breaking performance of 2:13.46. Sophomore Shelbi Ragsdale and junior Madison Livingston finished behind her in seventh and tenth place, respectively.

The 400-yard freestyle relay squad, which included McKenzie, Clark, Konicke and Wlostowska, came in first place and broke Rice’s school record with a time of 3:19.32.

The team set a total of six new school records at the meet, and eight Rice swimmers managed to make NCAA provisional times, meaning the girls will be eligible, in 15 different events, to attend the 2014 NCAA tournament, if there are enough spots.

When asked about next season, Huston acknowledged the loss of several important seniors but said returning swimmers will have the opportunity to take on leadership roles.

“The seniors here were integral in winning the first championship their freshman year, and they certainly played a huge role in winning on their way out,” Huston said. “We will see how [the returning swimmers] will respond to that and who answers that call.”