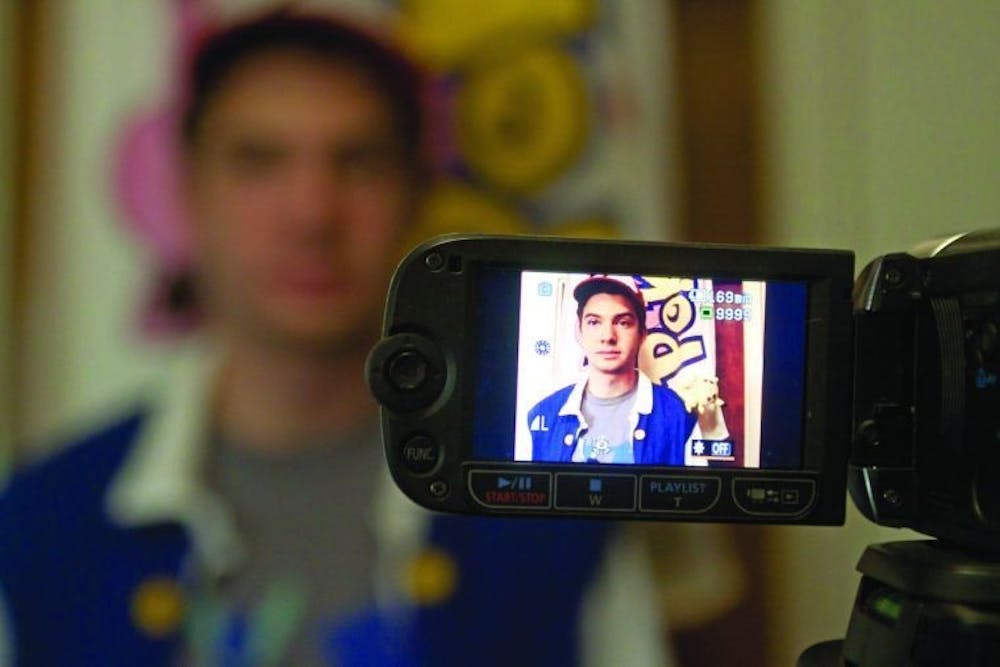 How Old is Ash Ketchum?

What Happens Inside a Pokeball?

Brown University has Emma Watson, Northwestern University has Chet Haze and Rice University has Michael Groth. Groth, a Baker College freshman, succeeded in attaining over 1.75 million views within a year on his self-created video “How Old is Ash Ketchum?”

Brown University has Emma Watson, Northwestern University has Chet Haze and Rice University has Michael Groth. Groth, a Baker College freshman, succeeded in attaining over 1.75 million views within a year on his self-created video “How Old is Ash Ketchum?” He now has over 13,000 subscribers for his channel MANDJTV, is a YouTube partner and has six videos that have broken 10,000 views. Groth now tries to post videos about

“Back then, YouTube was relatively new,” Groth said. “I was following a few big YouTubers, and what they were doing looked like fun. Also, at the time, my brother and I had nothing to do, so it seemed like a good cure for our boredom.”

Groth continued making videos and in June 2013, he created “How Old is Ash Ketchum?” using a laptop and a few basic sound-editing programs.

“I realized it wasn’t a topic I had seen [on YouTube],” Groth said. “There were a lot of videos answering questions about Pokemon, but none addressed that particular topic. I just thought, okay, this doesn’t exist, and I’m going to be the person

The video began catching on last fall, when Groth matriculated into Rice. It hit 1,000,000 views this past December.

“I was just in a state of happy shock,” Groth said. “I remember it was at 999,000 one night and I was like, ugh, I have to go to bed now. And then when I woke up, it was there. Finally, after so long of trying to make it big, and then doing it with Pokemon no less, it was just amazing.”

The success of “How Old is Ash Ketchum?” encouraged Groth to make similar videos, which have also achieved high view counts. One video, “What Happens Inside a Pokeball?,” currently has over 700,000 views.

“When [“How Old is Ash Ketchum?”] made it big, and I started making money, that motivated me to make more videos,” Groth said. “Overall, it’s fun to just enjoy being super nerdy and to be appreciated by people online for something I have such a passion for.”

Groth makes two types of videos. In some, he speaks directly to the camera or acts. For others, like “How Old is Ash Ketchum?” and “What Happens Inside a Pokeball?,” Groth narrates over images and clips from the Pokemon TV show. He said he typically writes a script and records himself while he reads it in small segments. He uses audio software to string the clips together, and then adds pictures and videos to match his narration. He says it can be a time-consuming process, and his longest video took him a full two weeks t

Groth said one of the hardest parts about his success is posting frequently enough.

“I feel so guilty if I don’t post pretty regularly,” Groth said. “I don’t want to let down my subscribers. Yet, the guilt is positive too because it motivates me to keep making videos.”

Groth said he tries to answer messages and read comments when he can, but it is difficult to do with his more popular videos. For instance, “How Old is Ash Ketchum?” has received nearly 5,000 comments to date.

“Some [of the comments] are just silly and frustrating,” Groth said. “For instance, I get a lot of compliments on my appearance from guys, which is, um, interesting. Usually, though, on my less popular videos, I’ll respond unless the messages are illogical or make me uncomfortable.”

Groth said he likes Pokemon because of its imaginative nature and capacity for allowing users to play creatively.

“I have a very active imagination, and a factor in my ability to enjoy things is how well they allow me to imagine myself in a creative scenario,” Groth said. “Also, I think Pokemon is so appealing as a game because every save file can offer such a different experience. It’s so

“People at Rice aren’t afraid to be themselves,” Groth said. “Here, it’s cool to be a little weird and embrace your interests. I think [students here] can say ‘I don’t care if Pokemon is nerdy, I like it.’ That’s really what I love about Rice.”

Groth said he will continue to make videos in the future.

“I’ll do some more question and answer videos, but I’m going to use other formats, too, even though those are the most popular,” Groth said. “My next video will probably be something about Pokemon physics, which are pretty screwy if you think about it. So that’s what my plan is, to keep making videos, to keep making money and getting more subscribers. Also, my ultimate goal is to get recognized by a stranger in public.”

Groth said he is excited about what he has been able to accomplish through his YouTube account.

“One of my original motivations for starting a YouTube channel was to become popular on the Internet, because I just thought that would be so cool,” Groth said. “And now that I’m finally sort of achieving that, well, that’s the best part.”