A critical analysis of the Oscars 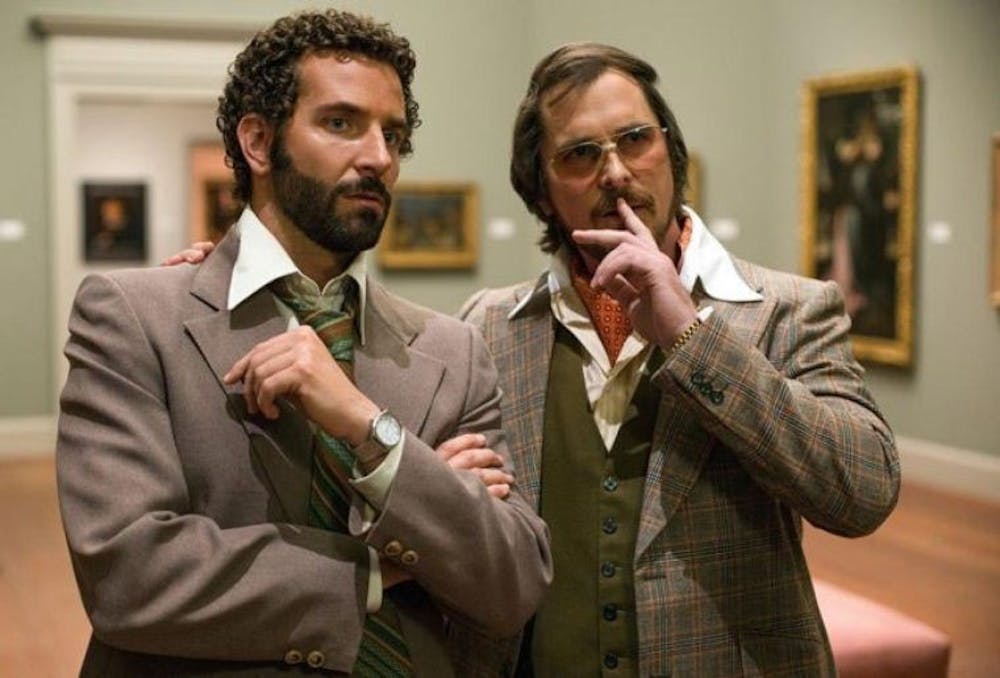 With the Oscars around the corner, it is time to start debating which films, performances and cinematic crews deserve our praise. While the Academy of Motion Picture Arts and Sciences may get to give out awards live from a prestigious theater jam-packed with celebrities, I believe it is important to recognize those films that we truly believe to be the best. If the Oscars have always seemed a bit politicized and arbitrary to you, then read on to find a critique and analysis of the Academy's selection process. At the very least, you will be armed with some points to convince your friends that when it comes to films, you know better.

What Will Win: 12 Years a Slave

The best picture category has become stale and predictable and is rarely an accurate reflection of what is most entertaining to viewers. Its winners are nearly always those movies that depict injustice or reflect relevant current or historical events, while movies that tell great stories and provide great entertainment tend to rarely get nominated. For instance, while recent best picture winners Argo, The King's Speech, The Hurt Locker, Slumdog Millionaire and Crash are no doubt well-executed, I would argue they were aesthetically inferior and told no better stories than those films that were not even nominated, specifically animated films Up, Wall-E and Finding Nemo. While filmmaking is an art and should convey an important message, deeper meaning can be found through a movie that tells a great story than through a film that graphically depicts horrific injustice or progresses a group's agenda. I would like to see the Academy pick a movie like Frozen for its merit as great entertainment rather than choose to satisfy the public's love of controversy or significant events.

When it comes to best director, the Academy loves extravagance. Winners tend to have directed films with interesting cinematography (The Artist), complex special effects (Life of Pi, Lord of the Rings) or graphic violence typically taking place across a variety of elaborate sets (The Hurt Locker, Slumdog Millionaire, No Country for Old Men). In only very rare circumstances do directors of great small-scale films ever seem to have a chance. This, I believe, sells directors short. Great directors do not just have the capacity to coordinate shocking aesthetics, but can intelligently align all components of a film to create a work of moving art that reveals something about humanity. While American Hustle is intense and fast-paced, I believe Woody Allen and Spike Jonze more impressively directed highly unusual films that connect viewers to the characters and present thought-provoking insights. This, to me, is the mark of great directing. It is easy to shock, but much harder to connect with an audience.

The reason that I assess these two categories together is because when compared, an obvious gender bias among picking best actor compared to best actress becomes clear and should be corrected. Best actors are typically stars of films that are nominated or that win best picture, while best actresses typically win for participation in minor, less-celebrated films in which they played a less significant role. For instance, winners of best actor include Jean Dujardin, star of best picture winner The Artist, and Colin Firth, star of best picture winner The King's Speech. These actors not only starred in movies highly praised by the Academy, but also were often the focus of the film. However, recent best actresses include Jennifer Lawrence of the snubbed Silver Linings Playbook, in which she played an auxiliary to lead Bradley Cooper, and Reese Witherspoon, a mere love interest in the acceptable Walk the Line. If the Academy is judging best actor and actress by the stars' contribution to the overall success of the film, then winners of both categories should have equal roles and quality of films. Amy Adams, the arguable favorite for best actress, is a supporting character. While she deserves praise, the brave Adele Exarchopoulos deserves the award much more for her starring role in the unfairly dismissed Blue is the Warmest Color. Not only was Exarchopoulos' acting, in my view, far superior to that of Adams, but Exarchopoulos contributed far more to the film. In the same vein, Robert Redford, who starred by himself in the phenomenal and also unfairly dismissed All is Lost should also be awarded for his incredible performance, which far exceeded Chiwetel Ejiofor's less prominent role in 12 Years a Slave.

The bias previously mentioned continues to infect the Academy's choices for best supporting actor and actress. Surprisingly, I do agree with the Academy's previous selections for best supporting actor; it's hard to challenge previous winners Christoph Waltz (Inglourious Basterds), Heath Ledger (The Dark Knight) or Javier Bardem (No Country for Old Men). All of these men performed excellently in notable films and greatly contributed to their quality. However, I cannot say the same for previous best supporting actresses. Most have acted in very small roles or in less notable films. Examples include Anne Hathaway, who mopily acted for barely 20 minutes in Les Miserables, and Mo'Nique, who acted for a very short duration in the snubbed film Precious. Even Melissa Leo's win should be accepted warily because her role in The Fighter was much smaller thanthat of Christian Bale, who won best supporting actor for the same film. Jared Leto arguably deserves praise for his courageous, significant role in best picture nominee Dallas Buyers Club; however, I would rather see Scarlett Johansson win for Her than Lupita Nyong'o for 12 Years a Slave. Johansson's role as the voice of Joaquin Phoenix's operating system girlfriend was powerful and important - more so than Lupita Nyong'o's lesser contribution to 12 Years a Slave.