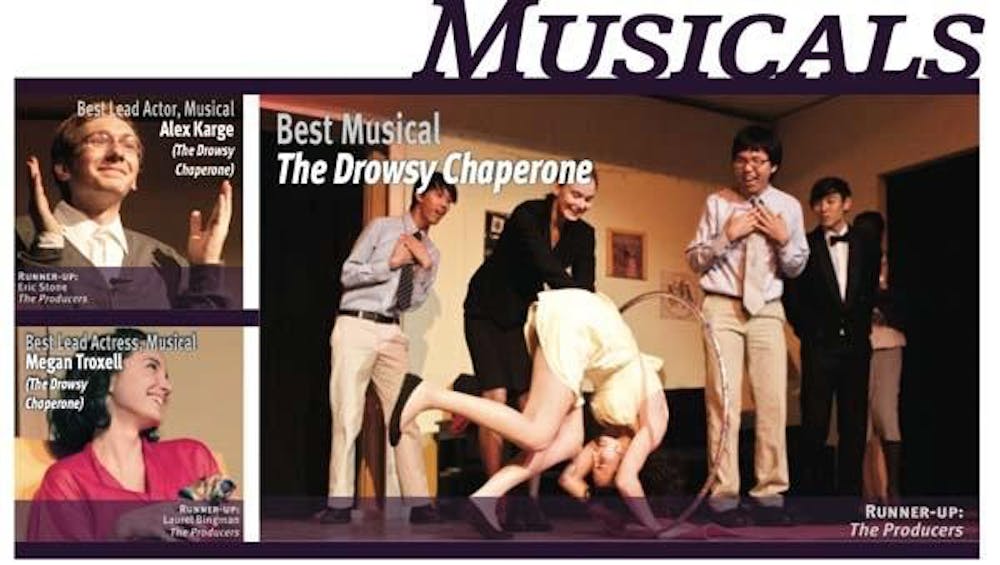 This year in theater, Rice students showed us Shakespearean equality, 19th-century English country homes, the Roaring '20s, the mysteries of death, a musical doomed to fail, the danger of stamp collecting, and much more. 2012-13 marked a series of strong achievements in theater in everything from student works to the Rice Department of Visual and Dramatic Arts productions.

After tallying the votes, the Thresher has awarded Sammys to audience favorites in acting, directing and production and to the plays and musicals that honored their mission best.

From the musical category, Wiess College Tabletop's The Drowsy Chaperone dominated this year's Sammys with a total of 10 awards. Runners up for most awards were the Rice Players' The Mystery Plays and BakerShake's The Merchant of Venice, with eight and six awards, respectively. With such a wonderful year of theater behind us, congratulations are indeed in order. All those involved in Rice's theater productions this year have brightened campus with their unbelievable talent and demonstrated the value good theater can bring to a community.