No Rondelet for second year in a row

Students looking to show off their formal wear will have to wait until next semester. For the second year in a row, Rice Program Council will not hold Rondelet, the winter formal dance, due to budgetary constraints, according to RPC President Catherine Yuh.

RPC typically budgets $5,000 in blanket tax money toward Esperanza, but this year, the budget was increased to $9,000, Yuh, a Brown College junior, said.

"As an organization, we discussed our options leading up to the Centennial and decided that we wanted to pool our entire formals budget for Esperanza," Yuh said. "We were only able to create the ambience and novelty at Esperanza this year by putting more funds toward the event."

According to Yuh, the additional funding went toward attractions like food trucks, a professional mixologist and disc jockey Samantha Ronson. Yuh said these extras elevated Esperanza to another level.

In addition to an increased budget for Esperanza, Yuh said a delay in getting concrete numbers for the budget prevented RPC from searching for a venue. An outside event company organized the events that took place in the Centennial tent, and at the end of the weekend, it gave Rice invoices for each part, such as catering, lights and servers.

"From there, Rice had to take the invoice and break it down by event: the Centennial Gala, the, Alumni Gala, Esperanza, the Rice Design Alliance Gala and the Luncheon Honoring the Houston Community," Student Center Assistant Director and RPC adviser Julie Neisler said. "With so many invested departments for the entire weekend, it took some time to figure out exact costs for each department."

According to Neisler, RPC received the final budget breakdown for Esperanza Jan. 28, and by that time, desirable Rondelet venues such as Minute Maid Park and Toyota Center were already booked.

"Many students don't realize that event planning is often a semester-long or even a yearlong process," Yuh said. "For example, our Esperanza venue for fall 2013 will be booked by May. We typically begin looking at Rondelet venues as early as September, and we were unable to do so this year."

Additionally, Neisler said there is no available day for Rondelet to take place because every weekend is booked with public parties, Beer Bike and other RPC events. Yuh said she feels optimistic about bringing Rondelet back in the future.

Baker College senior Claire Garney said she was not upset about the lack of Rondelet this year.

"I haven't gone in the past, and of the RPC formal events, I've only been to Esperanza my freshman and senior years," Garney said. "Esperanza was really fun this year, but I feel like that is because it coincided with the Centennial. I'm not sure if Rondelet would have been as good."

Brown College senior Kevin Jackson said he went to Rondelet his sophomore year and enjoyed it.

"The venue was great because it was close - in the medical center - and had a balcony that allowed for a great city view and an escape when one got tired of dancing," Jackson said. "I am sad that Rondelet isn't happening this year but that might be because this is my last semester at Rice and I love the possibility of establishing more great college memories." 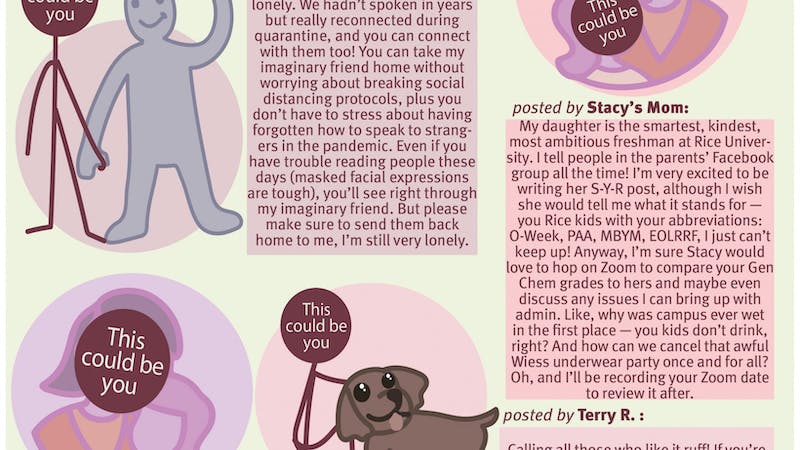