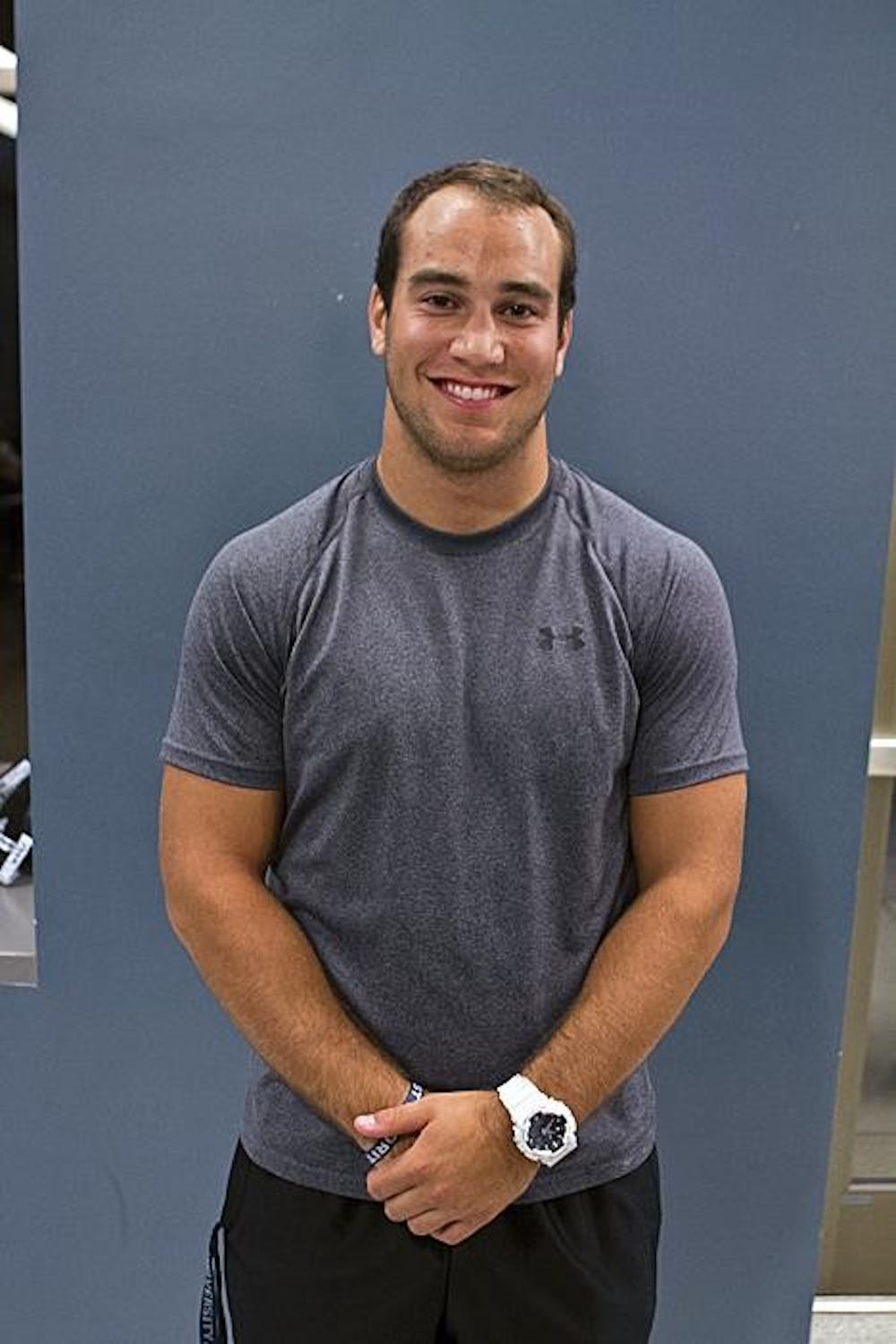 Rice University athletes unquestionably have a lot on their plates. In addition to attending classes, studying and balancing various other commitments, these students spend upward of 30 to 40 hours per week preparing for and playing a sport. For scholarship students, this kind of commitment, though still demanding, is expected. However, what about those students who receive no compensation for their time and energy spent representing Rice at the highest level of competition? What motivates these "walk-on" athletes to take on the mental and physical stresses of competing at the NCAA level?

For many, it appears to come down to a love of the sport. Hanszen College freshman Chandler Watkins, a walk-on linebacker on the football team, felt the need to at least attempt playing football in college.

"In high school, I realized that I really, really loved football, and I knew no matter where I went, I wanted to at least try out [playing on the team]," Watkins said. "I definitely didn't think I could go for the next four years at Rice without at least trying."

Watkins began the process of securing a spot on Rice's team as early as his sophomore year of high school.

"Sophomore and junior year, [I] started talking to the coaches, sending them film of [me] playing, and going to their different camps," Watkins said. "Midway through senior year, I found out that they had given out all their scholarships for linebackers, so I knew I wasn't going to be on scholarship for Rice, but I still kept talking to the coaches and checking in. It was after signing day before I made my decision. Once I got into Rice, I decided that that's where I wanted to play at. There's a couple other schools I could have played at, but they were small, Division I-AA or Division III, and they were also non-scholarship."

Despite the difficulty of gaining a spot on the team, Watkins described playing for Rice as a highly rewarding experience.

"The best part is definitely the team unity," Watkins said. "Playing with and against athletes at this level is unbelievable.

For many athletes, the opportunity to play for Rice played a smaller role in their decision to attend the university. Choosing to walk on to a team only accentuates the college experience that they felt would have been positive regardless of whether they could play on the team.

Sid Richardson College junior Linsday Daniel, a member of the volleyball team, was intent on attending Rice regardless of her participation as an athlete.

"I wanted to go to Rice no matter what, so [getting to play] was just an added bonus," Daniel said. "I can't imagine going to any other school than Rice."

Daniel, like Watkins, started the process of joining the Owls back in high school, although she has been playing volleyball since middle school.

"I approached the coaches in the fall of my senior year after a huge win, so they were really happy already," Daniel said. "I sent them some film of myself, and they came and watched me at practice and at some tournaments, and they called me January of my senior year to tell me they had a walk-on position for me."

Daniel describes the team experience as what has made playing at the NCAA level worth the commitment.

"The rewarding part about playing is just being a part of an amazing team and having new teammates each year," Daniel said. "I love seeing the team progress."

Though all very talented, walk-on athletes are admitted to Rice independently of their athletic ability. Rice has a specific number of scholarships available for each sport, and like at most schools, there are not enough scholarships for every necessary athlete. Talented students can approach the coaches of the various teams before or even after admission to Rice to try to walk on to a team and, depending on their performance, possibly earn a scholarship in future years. In some sports, students can walk on to a team even after their freshman year.

Duncan College junior Santano Rosario did not join the track team until his sophomore year. Even with the addition of a new, demanding practice schedule to his challenging workload as a double major in economics and kinesiology, Rosario described the decision as being very rewarding and positive.

"It was a pretty smooth transition," Rosario said. "I love my coach, I love the people that I work with, which makes it very easy for me. It's something that I've really enjoyed."

Rosario has not only enjoyed his time as a student athlete, but has also discovered that being on the team has positively affected his academic work.

"I feel like [practicing] helps me stay organized with structure in my day," Rosario said. "[It's] definitely a commitment with a lot of time and effort [involved] in it, but it's time and effort I'd much rather spend doing that than something else."

Rosario said that being a walk-on among recruited athletes has given him further motivation to work hard and perform well.

"I definitely feel like me being a walk-on to the team [has meant] that I've had a lot to prove, not just to the coaches and the other players, but also to myself, that I do deserve to be a member of the team," Rosario said. "I think with this added pressure, it's made me perform better, and I think it's given me a chip on my shoulder, and with the continuing pressure throughout the year, it's been growing, and the chip has really motivated me to give everything I can."

Rice stands apart from many comparable schools in having such strong academics in addition to its respectable athletic program. For instance, of the current top 25 NCAA Division I football teams, as ranked by the Associated Press, only three schools - Stanford University, the University of Notre Dame and the University of Southern California - make the top 40 on U.S. News & World Report's "National University Rankings." This means that Rice athletes, more than those at other colleges, have an additional level of responsibility, handling particularly challenging coursework alongside academically competitive peers.

Adrian Jones, a Baker College freshman and safety on the football team, described how these additional challenges have affected his experience as a walk-on football player.

"The most difficult part has been the academic aspect," Jones said. "Division I schools tend to not be up to the academic standards of Rice - now of course, s ome t i m e s t h e y a r e , but for instance, we play some schools that you don't have to be at the top of your class coming out of high school to go to. Obviously academically, it's challenging here whether you're an athlete or not, and the time commitment of sports is definitely a bit challenging."

"It's rewarding, though, because of that same reason: that you get to participate in Division I athletics and be at a top school at the same time, knowing you're able to handle both, and knowing in the future, when you're done, people will look at you and say, 'Wow, he's able to do all that,'" Jones said. "That's definitely the most rewarding part of [playing on the team], down the road, once it's all said and done with."

Jones believes the combination of a Rice degree and athletic record will ultimately help him secure his dream job after graduation.

"One day, I hope to be in sport management, like in the executive offices, front offices of teams, and oftentimes having experience playing the game you want to be in contributes to becoming a manager or executive or somebody in that field," Jones said.