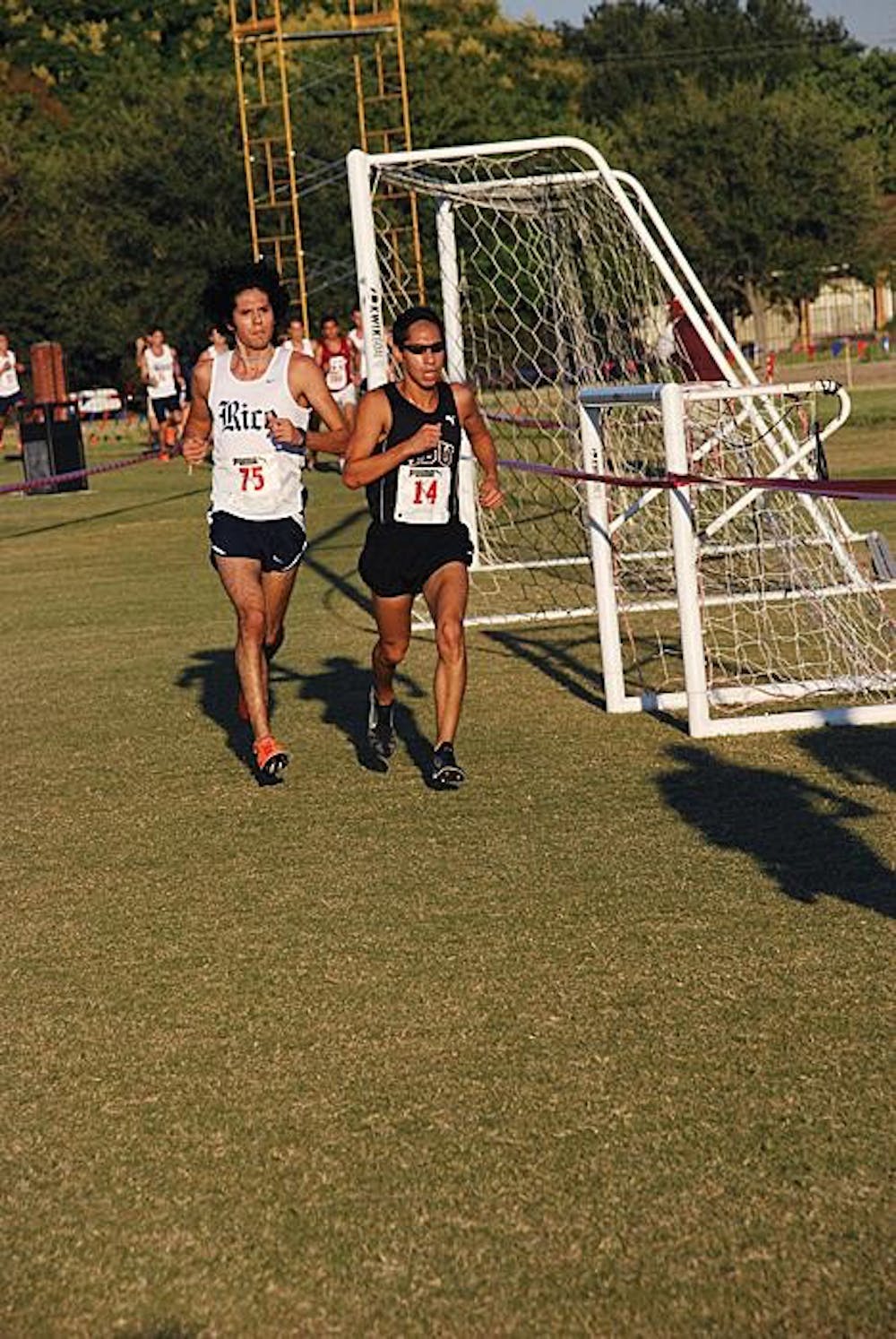 While football, basketball and baseball may garner attention-grabbing headlines week in and week out, it's difficult to find two other teams at Rice that have been more consistent in winning than the women's and men's cross country teams. With experienced squads returning for both teams, there are expectations of the Owls sweeping the Conference USA Championship on Oct. 31 at Wildcat Country Club in Houston.

The women are clearly led by fifth-year seniors Allison Pye and Becky Wade, who each have missed a season due to injuries, but are ready for their final year of action and to add more titles to their already long list of accolades.

"It's going to be an interesting year, since we have two ladies that are leading the time that have been to nationals all three years in Allison and Becky, so hopefully we can make it a fourth year," Head Coach Jim Bevan said. "They've got a conference championship under their belts and two conference runner-ups and one regional title and two regional runner-ups, so they're clearly some of the best runners we've had at Rice."

However, the other members of the squad didn't exactly let expectations diminish last year, as senior Halsey Fowler and Nicole Mericle (Wiess '11) led the way for Rice last year, guiding the Owls to a second-place finish at the 2010 C-USA Championship and a 31st place finish at the NCAA National Meet. Despite losing Mericle and Britany Williams (Will Rice '11) to graduation, the Owls have an experienced roster across the board, with sophomore Meredith Gamble and senior Marie Thompson filling in key roles on the squad last year. Junior Heather Olson and redshirt sophomore Farah Madanay are other Owls with conference championship know-how.

"It's an interesting team, not particularly senior or freshman-laden, so we've got experience at all levels," Bevan said. "We'll host the conference meet at Wildcat Country Club just south of here, and it'll be great to have that course that we're familiar with."

Before the C-USA Championship, the Owls will compete at the Islander Splash in Corpus Christi, which will feature top teams from the South Central Region, as well as the Notre Dame Invitational in South Bend, Ind. and the Pre-National Meet in Terre Haute, Ind., both of which annually host the top teams in the nation to provide teams with a stiff challenge before their respective conference championship meets. The University of Tulsa will continue to be both the men's and women's squads' main rival on the course, with the Golden Hurricane sweeping the races at last year's C-USA Championship.

For the men's cross country team, turnover is a foreign concept this year, as all runners return from the squad that finished third at the C-USA Championship and tenth at the NCAA South Central Regional meet. Fifth-year senior Michael Trejo is poised to lead the pack yet again, along with veteran runners in redshirt juniors Gabe Cuadra, Matt Carey and senior James Llamas.

"We actually have everybody coming back, we didn't graduate a single person from last year's team," Head Coach Jon Warren said. "They'll all be significantly better, not only physically but mentally."

Filling out the squad will be sophomores John Cavallo, Travis Roberts, Wyatt Doop and Anthony Urbanelli, along with redshirt sophomores Alex Weinheimer, Zach Casias and Anthony Lauriello. Freshman Will Firth could also figure into the question, but all runners will take part in the 36th Annual Justin F. Cooper Memorial Rice Invitational, with the gun for the men's race going off at 6:50 p.m. The Owls will be defending their first-place finish from last year.

"Trejo should be our number one runner this year, but not necessarily," Warren said. "He's a 29:44 10K runner from this past spring in track. I think Gabe and Matt will be right near him or with him. James, John and Travis should be close behind along with a few others. I don't think any of them are going to be superstar, conference champion or top two or three in the region type of guys, but it should be a pack that's pretty far up."

Warren is especially optimistic that, despite the home course advantage, the Owls will face a stiff test from the competition.

"This is arguably the deepest field we've had at this meet, with teams like Lamar [University], [Texas] A&M-Corpus Christi, McNeese [State University], and Stephen F. Austin [University] all ranked in the top 10 in the region with us," Warren said.

With some of the best runners in recent memory taking the course for Rice today, the expectations are high for both squads to contend for conference championships and taking the next step to asserting Rice as the best cross country school in C-USA. For both teams, the next step begins today on the freshly cut grass of the intramural fields.