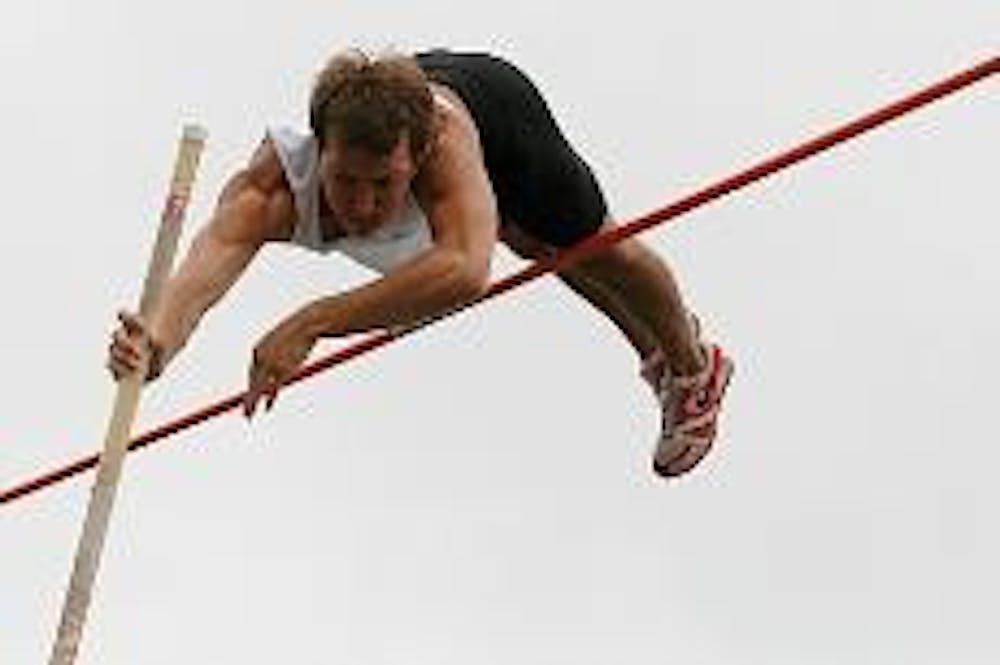 The University of Houston Cougars continue to become an increasingly larger target on the Rice University Athletic Department's office dartboard. Not only did the football team circle the final tilt on the 2008 schedule against UH as an important matchup that could possibly make or break their season, head men's track and field coach Jon Warren (Jones '88) has stated that the Houston men's indoor track team will be a competitive rival in the battle for the Conference USA men's indoor track title.

The Cougars are a preseason pick to win the title, while the Owls from South Main St. are picked to finish second. Rice outlasted UH in November in football, 56-42, and Warren hopes for the same result Feb. 27 at the conference meet.

"I do think we can beat Houston, if we're healthy," Warren said. "We've got an excellent team in place."

Across the board, the Owls appear to have an incredibly talented squad. This is largely because of the balance of seasoned veterans, many of them former conference medalists, and talented freshmen who could do some damage throughout the season. The first meet of the year will be the Leonard Hilton Memorial meet, held Jan. 16 at the Yeoman Fieldhouse on the UH campus.

Warren sees the freshmen contributing to the team from the start.

"The freshmen alone are solid, and you couple them with Shea Kearney returning, who's a conference medalist, and Connor Hayes is a huge asset," Warren said. "Jack Spinks should be right in the hunt to medal at the conference level, Michael Izuchukwu is a jewel-in-the-rough triple jumper, and we have great freshmen at the 400, 800 and 4x400 in Jordan Hmaidan and Dan Sloat."

Sophomore Shea Kearney placed third at the 2008 C-USA outdoor championship in the pole vault, and sophomore Connor Hayes placed fourth in the decathlon at the same meet, and could also contribute in the long jump.

Many of the true freshmen will be expected not only to compete but to medal in their respective events. Jack Spinks is capable of a seven-foot jump in the high jump, and Clayton Chaney is a jack-of-all-trades athlete who could perform well in hurdles and the decathlon. Colin Shurbet could run the short or long distance hurdles and could also run a leg on the 4x400 squad.

The team's strong areas include shot put, discus, triple jump, pole vault, hurdles and the distance squad, which will feature veteran cross country runners senior Aaron Robson, senior Justin Maxwell, senior Brett Olson, junior Scott Zivick and junior Brad Morris. All five of them have two or more years of indoor and outdoor experience as well as several excellent finishes at the conference meets. Sophomore Jacob Olowabi will team with the newcomer Jordan Hmaidan in the 800 meters. Olowabi put together a fourth-place finish at the 2008 C-USA outdoor championship, so he will be looking to bring home the individual crown in the indoor championship this year.

"We have three really good throwers that will all compete for medals this season," Warren said.

Warren also applauded his three triple jumpers, sophomore John Berens, sophomore Ugo Nduaguba, who had a jump over 51 feet on his way to a 2nd place finish at the 2008 C-USA outdoor championship, and freshman Michael Izuchukwu.

As far as the multi-event competitions, including the heptathlon and decathlon, Adam obviously has established himself as a force to be reckoned with in the conference, and both Chaney and Hayes could also join him on the winner's podium.

The sprinters are somewhat of a question mark, as Dan Sloat and Pete Navarra are both freshmen. Nevertheless, Warren is optimistic that some of the wide receivers, cornerbacks or running backs on the Owls football team who have run sprints in high school or with the Owls previously will take a break from the offseason to compete with the team.

The Owls will encounter plenty of opposition in their quest for the indoor title, namely the aforementioned Cougars, who are eager to defend their back-to-back indoor titles. Tyrone Carrier and Justin Davis lead UH, while Ed Turner finished last season ranked third in the nation for long jump. The University of Tulsa will look to their distance runners that were part of squad that won the 2008 C-USA Cross Country championship for guidance on the track. The University of Memphis also could be a surprise this season, as they were nearly two years ago in winning the 2007 C-USA outdoor championship. Warren believes the Miners from the University of Texas-El Paso are going to have a down year, so he doubts that they will be too much of a factor outside of the long distance events.

With it looking as though UH and Rice will battle it out on the track to see who will take home the title of C-USA Indoor Champion, it wouldn't hurt for Warren to post a poster of the Rice Owls' football team hoisting the Bayou Bucket after their victory over Houston, in order to remind the track squad of their charge to fight for "Rice's Honor.