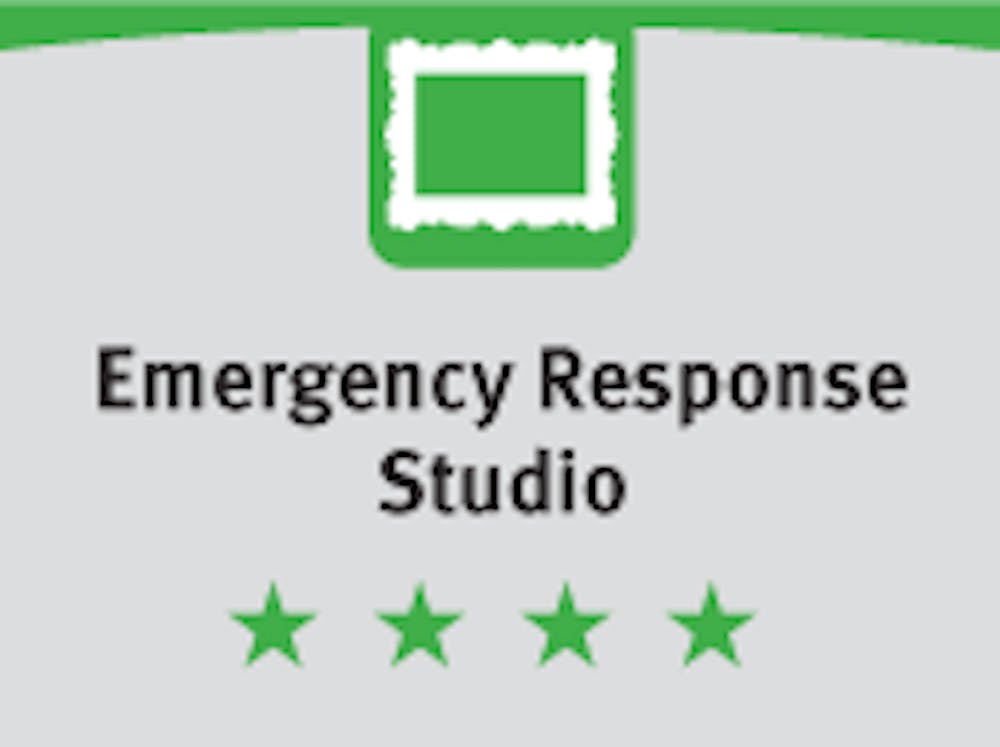 This month's Rice Gallery exhibit is a little out of the ordinary. While in the same vein as the gallery's usual architectural installations - begun by Shigeru Ban in 2002 - the Emergency Response Studio is different because it is mobile. Artist Paul Villinski had the idea for his latest piece while rummaging through post-Hurricane Katrina New Orleans in 2006 for found objects and refuse to use as artistic material. It was then that he noticed the dilapidated house in the large-scale photograph that currently hangs on the left wall of the gallery in Sewall Hall.Reflecting on traditional war artists like Winslow Homer, Villinski said that being in New Orleans in the wake of Katrina made him feel like some war was being waged.

"We should have artists respond to disasters . try to do something useful," Villinksi said.

His is a rallying call for artists, who he believes are as crucial in publicizing and documenting the plight of people in disaster-stricken areas as emergency response organizations are in providing relief with food, water and shelter. Especially in light of the Katrina FEMA fiasco, artists have become increasingly important.

"Do get involved. Do go. Do respond directly to things," he insists.

Emergency Response Studio is Villinski's contribution to the cause. It is, simply put, a trailer - the same model as those employed by FEMA in New Orleans - but with substantial modifications. Villinski and his colleagues spent over a year tearing the shoddily constructed trailer apart and rebuilding it, essentially from scratch. They cut holes and created large spaces in which most artistic pursuits would be very feasible. They completely removed one wall, which now folds out into a large outdoor deck.

The functionality of the trailer is the project's greatest accomplishment. During construction, Villinski told me that they were able to power all their tools - belt-sanders, power drills and the like - from the trailer's own power source. It is completely self-sustaining, containing even its own freshwater supply.

The Sewall Hall gallery itself features an exhibit of the process and theory behind the project. Inside are several wooden models of trailers, the largest of which is a mock-up of a traditional FEMA trailer.

Cramped and narrow, with barelyenough room in which to turn around, the trailer could house a family of four for an indeterminate period of time while being exposed to five to 10 times as much off-gassed formaldehyde than the FDA considers safe, Villinski said. Photos of the process of transformation cover one wall of the gallery, and a table in the front of the gallery has books on DIY, eco-friendly, temporary housing and other architecture. Visitors must leave Sewall and walk towards the front of Lovett Hall in order to see the trailer itself.

In addition to a $30,000 photovoltaic system, the new trailer is built entirely from environmentally friendly materials: bamboo plywood, fluorescent lighting, insulation made from reprocessed denim blue jeans, a polycarbonate skylight and even a small - and, admittedly, ineffective - wind turbine.

Under a transparent floor, 1,300 pounds of batteries store the electricity the solar panels absorb. Villinski predicts the total cost of the clearly expensive materials to be around $60,000 for the unit, compared to the $20,000-$22,000 FEMA trailers.

He insists that it is only a prototype. Many of the materials are not yet widely available and sometimes prohibitively expensive. Even the eco-friendly flaxseed floor tiles are four dollars apiece, while traditional linoleum is only about 33 cents. This aside, the building, transportation and implementation of a FEMA trailer can cost upwards of $85,000, which he says is comparable to the cost of his modified trailer.

Chances are upon seeing this souped-up trailer, the immediate reaction is to question why some upscale, white trash family has parked their mobile home just outside of the Sallyport. In fact, it's hard to say what makes it a work of art rather than just a useful invention other than its placement at the Rice Gallery.

The problem is that from an artistic perspective, the Emergency Response Studio is simply not much to look at. It is clear that Villinski's piece is unique, but its functionality over immediate visual and emotional effects almost makes it suspect. It is a resource for artists more than an object to be appreciated visually and on its own.

Despite its sparseness, the trailer is a space into which tremendous effort has gone to facilitate art and spread knowledge. The goal of his project, like any great piece of art, is to raise awareness and inspire more forms of expression, even in as basic a way as providing a place in which displaced artists can pursue their work.

The Emergency Response Studio spent the 11 weeks in the Lower Ninth Ward in New Orleans before arriving at Rice.

Villinski said many families approached the ERS with interest, saying, "This is what FEMA should've built for us."

Even so, the ERS trailer has yet to see action. Villinski plans to have it tour university campuses for the next year or two but admitted that even he hasn't used it as a mobile studio yet. In the Ninth Ward, however, he said the house next door was renovated using power generated by the solar panels on the trailer.

Aside from this, it seems this object that promised needed relief for those most in need is still as inaccessible as abstract art. A Houston Chronicle reporter questioned its placement on the Rice campus with Galveston only 45 minutes down the road.

Although the victims of Katrina and other natural disasters may never benefit directly from the Emergency Response Studio, its educational purpose is wide-reaching. It shows the feasibility and affordability of temporary, sustainable housing during disasters.

Moreover, it has given artists a role during crises. It shows that their humanistic endeavors can have a far-reaching influence. Exposing people to these truths is an artistic pursuit in the most meaningful sense.

Villinski's exhibit opened yesterday and continues until March 1. It is held in tandem with the in-progress exhibit of Rice Building Workshop's own Zerow House, a U.S. Department of Energy Solar Decathlon project for environmental and affordable housing, which shares a similar goal.

In addition to today's Gallery Talk, Villinski will be on site Saturday and Sunday to answer questions, and again on Feb. 28 and March 1 before the exhibit closes. Visitors can view the inside of the trailer during regular gallery hours. Go to ricegallery.org for more information.