Baseball is finally headed back in the right direction 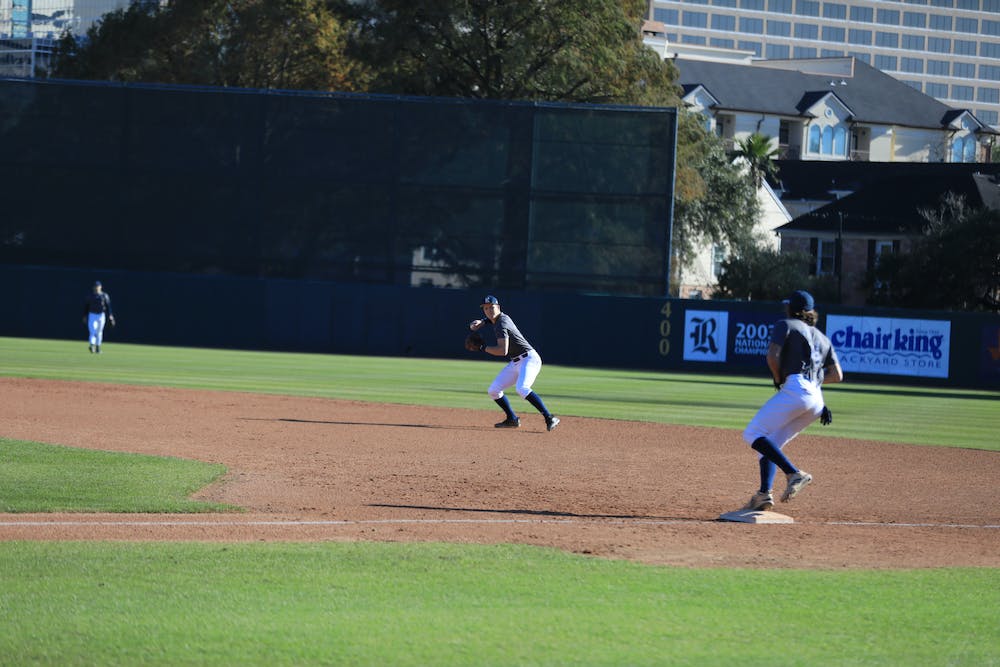 It is hard to overstate the importance of good coaching in baseball. As Yogi Berra liked to say, “90 percent of the game is half mental,” and while no one quite knows what that means, it comes down to baseball being some combination of preparedness and confidence, not to mention the physical act of going out and performing. A good coach can go a long way toward preparing a team and making it believe in itself, and despite the fact that they have yet to play a game, it feels safe to say that Rice baseball under the command of Jose Cruz Jr. is in a much better position to succeed than it was at any point over the past three seasons.

It’s easy to say that almost any change is an upgrade over the disappointing tenure of Matt Bragga, punctuated by a 2-14 season in 2020 and the program’s failure to make the Conference USA tournament for the first time in its history last year. But the word upgrade doesn’t quite do justice to the massive changes that have transpired within the past eight months, many of which are evident just by taking a stroll around Reckling Park. From the installation of TrackMan cameras to the construction of a pitching development lab — affectionately known as “The Pigpen” or even the binders that line the walls of Cruz’s otherwise undecorated office, everything Cruz and his coaching staff have done since their arrival screams that intent to reverse the downward trajectory of Rice baseball starting yesterday. In other words, there will be no rebuilding year.

The key to any good baseball team is a strong pitching staff, something the Owls lacked last year as they posted an abysmal team ERA of 6.30. In response, Cruz and new pitching coach Colter Bostik seem intent on instituting every modern advantage available to pitchers, and nothing is more emblematic of this approach than the new pitching lab. Outfitted with slow motion cameras, sensors in the mound to track weight distribution and motion-capture technology that produces 3D renderings of pitchers’ deliveries, “The Pigpen” will prove to be a test in how quickly a coaching staff can turn one of the worst pitching staffs in the conference into a viable championship contender.

But shiny new tech will only get you so far if the coaching staff doesn’t know how to get the most out of it. Good thing the early returns are promising. In conversations with players, they are almost giddy with excitement at the program’s potential for this season and beyond. The aura around this team is different than in years past, and that starts at the top.

Cruz has made clear his intentions for Rice baseball. Since taking the job, Cruz has insisted that he wants the Owls to be among the elite programs in the country. There’s a chance that this is nothing but chatter, something the new coach at every school says before they’ve even played a game. But the recipe for success is good coaching and good recruiting, and between the team’s history of success and Rice’s academic reputation — not to mention Cruz’s recruiting sway as a 12-year MLB veteran — this program has the potential to return to Omaha. He has put his money where his mouth is with the investments in the team’s facilities. More importantly, the players are buying in. Cruz is only a few months into his tenure, but the team has already taken significant steps to meet his lofty goals.

In June, we urged Athletic Director Joe Karlgaard to decide on the baseball team’s next coach like the future of the program depended on it, and he seems to have done just that. All of these changes might not immediately result in an NCAA tournament appearance or a conference championship, but it’s hard to see them as anything but an upgrade. It might take a year or more for the results to show, but for the first time since Wayne Graham retired, Rice baseball is headed back in the right direction.