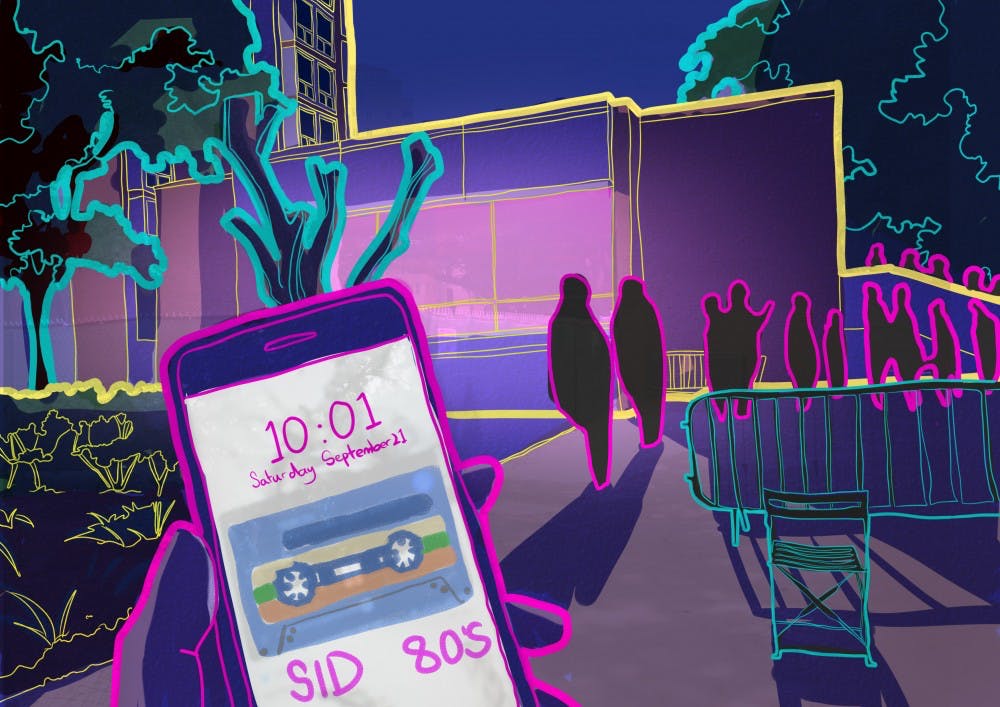 After students were turned away from public parties last year, students appear to be arriving earlier and in greater numbers to this year’s publics, according to Captain Clemente Rodriguez of the Rice University Police Department.

Rodriguez used to provide security at public parties in previous years when students would wait to show up.

“Parties used to start really picking up in attendance maybe about 11 or so, an hour after the party had started,” Rodriguez said.

According to Rodriguez, students are now bucking tradition in favor of arriving on time.

“I think this trend kind of started last year where students are attending the parties, they’re a little bit more well attended then we’ve seen traditionally and a lot of the students that are attending are showing up right at the beginning of the parties,” said Rodriguez.

According to Julia Robinson, a social chair at McMurtry College last year, the fallout from McMurtry’s Y2K party contributed to this year’s trend of people arriving earlier.

Social chairs from colleges that have hosted public parties this year have noticed this change as well.

Martel College sophomore Caroline Courbois was a social chair for Martel’s Don’t Mess with Texas party. According to her, students showed at exactly 10 p.m.

“It got crowded very, very quickly, like right at 10,” Courbois said. “We have counters at the entrance and also at the exit so we can figure out how many are on the sundeck at a given time, more or less, and beyond that, it filled up really quickly.”

Capacity limits for publics are set by fire marshals for the safety of the students, according to Courbois.

“The capacity of the sundeck is 300 people,” Courbois said. “And that doesn’t have to do with how many people you can fit. [It has to do with] in case of an emergency, how long does it take to escape.”

“Each commons at all the residential colleges has a square footage based on the square footage of the furniture and the ratio of how many people can be there,” Freeman said.

According to Freeman, although there is a set capacity for public party spaces, it is ultimately up to the social chairs themselves to decide whether they want to stay at or below capacity.

“This year, Sid [Richardson College] kept their capacity numbers below what the capacity number is set to ensure that there was space to maneuver, space to move around, so this year there weren’t as many complaints about, at Sid ’80s, it being overcrowded because they kept it down,” Freeman said.

Lines are an inevitable part of popular publics due to the capacity limits, according to Ben Firullo, Lovett College’s social chair for Toastchella, their public party.

“[Toastchella] was such a popular party that we did have a line back up,” Firullo, a sophomore, said. “We actually hit capacity at 11:15 [p.m.], which was I think one of the earliest we’ve ever had.”

At the Don’t Mess With Texas party, the sundeck greatly exceeded capacity, according to Courbois.

“I’d say around 11 o’clock [at night] it became noticeably too full,” she said. “We had 800 people and they told us, this is too full, you need to do something about it. They told us to stop letting people in probably around 11 [p.m.],” she said.

Freeman couldn’t say whether the Martel public was actually over capacity, but he did say that Martel’s space creates different capacity issues.

“The unique thing about Martel is they have two floors,” Freeman said. “So what happens is if they’re at capacity at the bottom floor and their top is at capacity, when everyone from the top floor comes down at the same time, it’s overcrowded in that one space.”

At Y2K last year, capacity was, in effect, reached before the party had even started, according to Robinson.

“RUPD told us when they arrived at 9:50 [p.m.], they counted the line and it was already over what our capacity was,” Robinson said.

From there, long lines and over-restrictive capacities were the result of student behavior, according to Robinson.

“[The commons] was only at capacity around the time we shut the line down. As people left, we weren’t letting people in to fill the gaps,” Robinson said. “We didn’t want to open the line again because the people in the line had demonstrated they weren’t responsible enough.”

Increasing enrollment at Rice has an effect on the lines at publics, according to Freeman.

“The numbers of the attendees have outgrown the spaces,” Freeman said. “So when you think about a public party, not every student is going to get into a public party. And what that means is if they’re not in the party, they’re in the line.”

Students should do their best to exercise patience while waiting in line for publics, according to Rodriguez.

“If they feel like the line is too long, and even if it gets to capacity and we can’t allow anybody else in, that normally only lasts a short period as people start to leave and then we start letting people in,” Rodriguez said. “If you go to a popular place off campus like a bar or a club, sometimes you run into the same thing where you have to wait in a long line to get in.”

In the end, capacity limits help increase students’ overall enjoyment of a party, according to Rodriguez.

“I don’t think anybody would want to be inside a venue where you really can’t move around comfortably or dance or enjoy it,” Rodriguez said. “It’s probably better for you to be outside enjoying the time talking with your friends than crowded and hot and uncomfortable in an overcrowded venue.”

Going forward, Freeman said colleges might want to consider an RSVP system for their parties. She is also looking into whether colleges might host parties in larger spaces.

“We probably need to look into if we’re wanting to decrease lines, looking at a system of are we going to turn into where you have to RSVP in advance, or are we going to allow for our parties to move to bigger spaces on campus such as Grand Hall,” Freeman said.