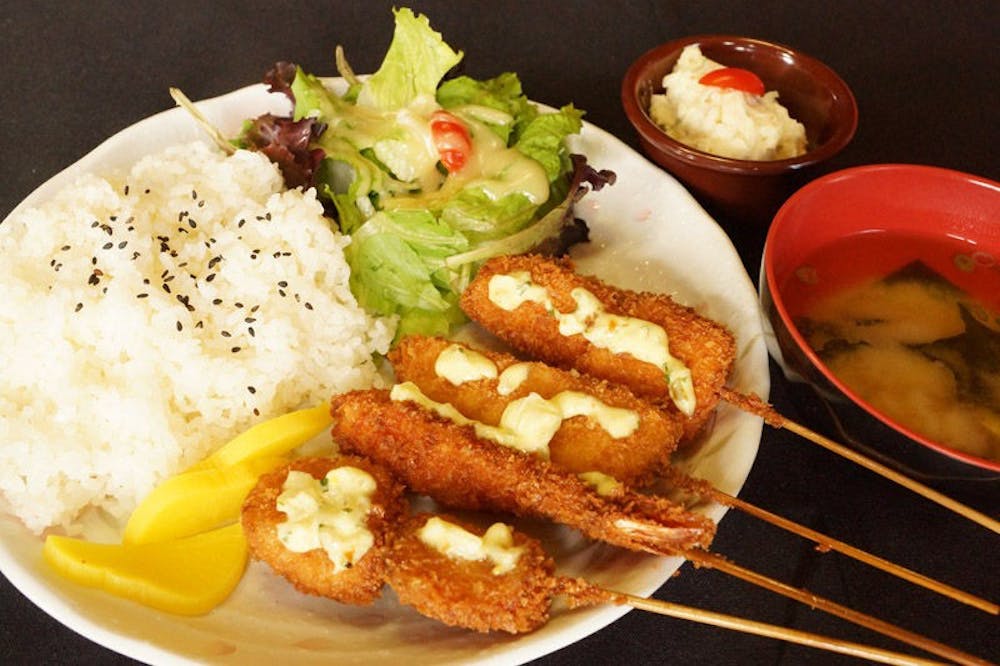 Where to find it: Just came out on Netflix.

It’s been a while since there was a new show with humor on par with that of “30 Rock” or “Community.” It’s not clear yet whether “Unbreakable Kimmy Schmidt” will be worthy of comparison, but the quirky plot, proven cast and promising writing make it a good candidate.

The comedy, which stars Ellie Kemper (“The Office”), follows the life of a former member of an apocalyptic cult in Indiana as she tries to reestablish herself in New York City. Created by Tina Fey, it promises a nice blend of earnest, offbeat humor and subtle, biting jokes. The true test for the show will be if it can endow its star with Liz Lemon’s appeal — innocent enough to be funny, smart enough to be likable and complex enough to be believable.

In a phrase: “Find a non-disgusting bathroom when you really have to pee”

Where to find it: iTunes app store.

You’re walking downtown in a strange city with a group of friends, full and satisfied from a heavy brunch with several glasses of OJ. An hour or two into sightseeing, you feel a slight pressure in your groin. You shrug it off, not wanting to bother your impatient comrades. 30 minutes later, you’re bent over in agony. “Guys, I have to pee,” you tell them. Horrified, you realize you are in a grungy part of town and have no clue where a bathroom could be. They shrug. You walk for miles, alone, until you find a dirty, exceedingly sketchy gas station. You walk inside, open the bathroom door and find a single toilet coated with strange scum, surrounded by bug carcasses. You relieve yourself, finally, as tears stream down your face.

Okay, so maybe this hasn’t happened to you, but everyone’s had to pee and had trouble finding a clean bathroom at one time or another. Airpnp is a cool new app that solves this problem by showing you a map of nearby bathrooms with cleanliness rankings. Never relieve yourself in subpar conditions again.

In a phrase: “A cat lover’s fantasy land”

Where to find it: You’d have to go to Japan, but there’s tons of stuff about it on Buzzfeed.

Though Aoshima has existed in its current state for a while, the recent Internet climate has become ideal for moving it into the spotlight. The island, located off the coast of Japan, has six times as many cats as people. They swarm every spare surface in a flurry of matted orange, white and brown fur.

The newfound popularity of the island on social media has made tourism increase sharply, despite the fact that the island has no stores or cars and is relatively uninteresting outside of its population of at least 120 feral cats. The island’s humans are mostly pensioners who didn’t want to fight in World War II, and living conditions are fairly poor. Yet, the photographs reporters have brought back from explorations of “Cat Island” have captured the hearts of feline lovers across the web. It’s at least worth a Google, if not an actual voyage to Japan.

In a phrase: “Overly hyped-up restaurant opening in Midtown”

Where to find it: Not open yet, but will open off St. Joseph’s Parkway where Farrago World Cuisine used to be.

If there’s anything dear to Houston, it’s sushi and Midtown. The Azuma Group, creators of beloved Kata Robata and Soma, are capitalizing on this state of affairs as they develop their new izakaya concept. The restaurant has received a ridiculous amount of speculative talk in restaurant-insider circles, and there’s a lot of pressure on owner Yun Cheng to please.

Izakayas are Japanese institutions where drinks “come first” — the food complements the alcohol. Though the owners report being unopposed to making the concept their own, they are in talks with Robata’s sushi chef, and the menu is sure to have lots of traditional Japanese fare.